Enough Already With 'All Lives Matter'

Hundreds gather in Manhattan on July 7 to protest recent police-related shootings
Anadolu Agency; Getty Images
Ideas
By Jeffrey Kluger
Jeffrey Kluger is Editor at Large for TIME magazine and the author of ten books, including Apollo 13, Apollo 8 and two novels for young adults. He has written more than 40 cover stories for TIME on topics ranging from space to human behavior to climate to medicine. Along with others at TIME, Kluger is an Emmy nominee for the web series A Year in Space.

Politics and physics shouldn’t have a lot in common. Politics is the business of compromise and negotiation, deal-making and deliberation. Physics isn’t so flexible—a set of hard, immutable rules that don’t give a fig for making exceptions or appealing to reason.

Increasingly, however, politicians have begun to play physicist, adhering to the Newtonian dictum that every action—no matter how decent or measured or sensible—requires an equal and opposite reaction. So modest immigration reform meets build-a-wall nonsense; reasonable gun reform gets hit with Second Amendment absolutism. Now, something similar is happening in response to Black Lives Matter.

Let’s stipulate first that it would be hard to imagine a movement with a more heart-breakingly modest purpose than one making the case that the lives of the people it’s trying to look after aren’t better or more worthy than anyone else’s, but merely that they count.

That, however, hasn’t stopped the critics from pouncing. The go-to criticism—and we’re looking at you Rudy Giuliani, though you’ve had plenty of company—is the disingenuous question: “Hey! What about other lives?” On CBS’s Face the Nation, Giuliani went through the usual riff: “Black lives matter. White lives matter. Asian lives matter. Hispanic lives matter,” the idea being that all lives matter just the same, and that there must be something terribly elitist and wrong with you if you care only about black ones.

But nobody said those other lives don’t matter; no one even said that black lives matter a tiny bit more. Pretending that the choice is binary—and then acting as if it’s the other side that framed it that way—is a handy dodge but a dishonest one. If I say “Save the whales,” it does not mean, “Screw the eagles.”

Then there’s the nifty but nasty moral jujitsu of calling Black Lives Matter racist—or, in Giuliani’s phrasing, “inherently racist” and “anti-American.” This is a close cousin of the equally cynical “no special protections” argument that is raised most commonly by people objecting to legislation that would prevent discrimination against gays, lesbians and the transgender people.

In both cases, the idea is that laws should not be written that take particular care to look after one group but not others—a perfectly fine argument, unless the one group you’re talking about is subject to particular perils. It’s not heterosexuals who face dismissal or bullying or even the risk of being killed over their sexual orientation. Similarly, it’s not white Americans who keep turning up dead in cell phone videos after what should have been a routine encounter with a police officer. Them what faces the danger gets the special protection; them what doesn’t—one would hope—would be happy to help.

Black Lives Matter is not the only political or social movement that’s given rise to this kind of faux crying foul. It’s in the howls over an imaginary war on Christmas every time a department store—accommodating the reality of America’s multi-culti, multi-faith make-up—tells its employees to wish customers a generic happy holiday, so that everyone feels included. It’s in the charges of reverse sexism when schools and community groups try to lure more girls into STEM courses and Little League.

In the case of Black Lives Matter, however, it’s not just education or holiday cheer that’s on the line, but human lives. It may be true, as Giuliani argued, that a young black male living in a tough neighborhood has a higher likelihood of being killed by another young black male than by a white police officer. But the argument is meaningless—intended mostly to distract. For starters, since when do we say that any deaths in police custody are acceptable as long as there aren’t too many?

More important, the statistics tell a deeper story than Giuliani wants to admit. African Americans make up just 12% of the population, but young black males are 21 times more likely to be shot dead by a police officer than white males in the same age group, according to a ProPublica analysis.

That’s a reality African American mothers who watch in fear as their young sons leave the house in the morning live with all day. It’s not politics, it’s lethal arithmetic—and it’s precisely what a special risk to a particular group looks like. The police, of course, face their own terrible perils and if the tragedy in Dallas proves anything it’s that blue lives—which deeply matter—are in mortal danger, too.

Still, if we’ve reached the point that we can’t look at the unending stream of cell phone videos showing the sons and fathers and brothers and husbands of one racial group dying young and violently and not agree that we need to do something about that, then we’ve ceased to function as a healthy body politic. If you want to practice physics—with its cold, strict, either-or-rules—go ahead. Politics—and politicians—ought to have a beating heart. 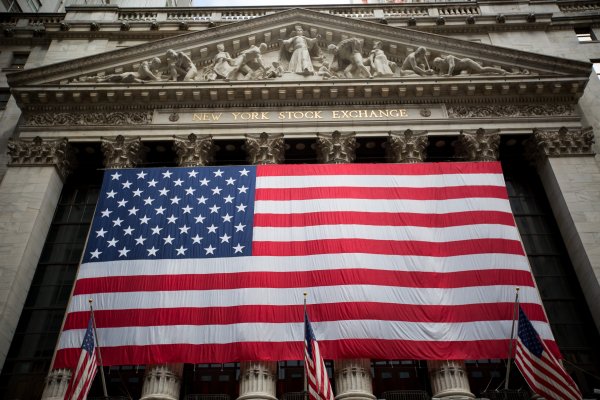 How to Sell a Product Called Democracy
Next Up: Editor's Pick