Theresa May Poised to Become Britain's Next Prime Minister

By Tara John and Dan Stewart

Theresa May is set to become Prime Minister of the U.K. on Wednesday, after David Cameron announced he would formally hand over power that day.

Cameron said Monday he would visit Buckingham Palace to tender his resignation to Queen Elizabeth after Prime Minister’s Questions, the weekly session where parliamentary lawmakers quiz the leader in the House of Commons. May, the Home Secretary who was named leader of the Conservative Party on Monday, is set to take power shortly after.

“Theresa May will be more than able to provide the strong leadership the country needs,” said Cameron, who announced his intention to resign after Britain voted to leave the E.U. on June 23. “[She] will have my full support.”

May landed the nation’s top job after her last rival in the Conservative Party leadership contest, Andrea Leadsom, abruptly quit the race on Monday afternoon local time. The Energy Minister admitted she had the support of only 25% of the parliamentary party and backed May. She “is ideally placed to implement Brexit on the best possible terms for the British people,” Leadsom said.

Chancellor of the Exchequer George Osborne had earlier said May could become leader in the days. “The economy doesn’t need uncertainty, it needs certainty.” Osborne told Morning Joe.

Since Leadsom’s shock announcement, former contenders Michael Gove and Boris Johnson have backed May. Gove said that he does not want to reopen the leadership contest and May should become leader “as quickly as possible.” Lead Brexit campaigner Johnson said on Twitter that the Home Secretary “has the authority & the leadership necessary to unite the Conservative Party & the country.”

May has spent the past six years overseeing the Home Office, which deals with terrorism, immigration and policing. Her first challenge will be to begin negotiations on Britain’s withdrawal from the European Union, especially since she backed remaining within the 28-nation bloc during the referendum campaign.

She has said she will wait until 2017 to trigger the clause in the E.U. treaty that formally begins the process of leaving. 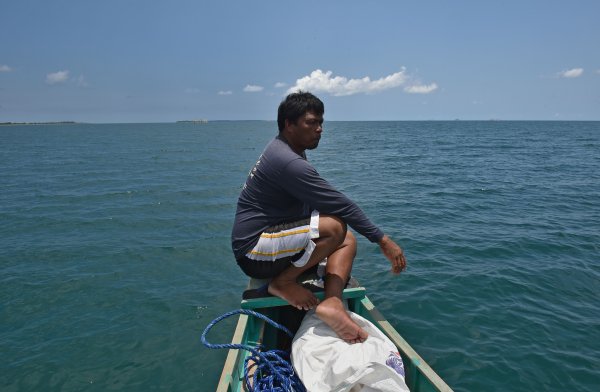