The daughter of a notorious British murderer Ian Huntley — known as the Soham killer — said she only discovered the identity of her father after doing research for a school project when she was 14.

For a citizenship class, Samantha Bryan, who is now 18, was assigned to research “notorious crimes” in relation to her town Grimbsy, in the north of England. It was only when Google returned a photo of herself and her mother that Bryan realized her father was the killer of two 10-year-old girls, Holly Wells and Jessica Chapman, the Telegraph reports, citing an article in the Mail on Sunday.

“It was like being thumped in the chest,” Bryan reportedly said. “I began to shake, I couldn’t stop the tears.”

Huntley was convicted in 2002 of murdering the two schoolgirls in Soham, in the English county of Cambridgeshire, and given two life sentences. The two girls went missing on Aug. 4, 2002, and after U.K. police launched one of the largest inquiries ever mounted, their bodies were found 13 days later on Aug. 17. 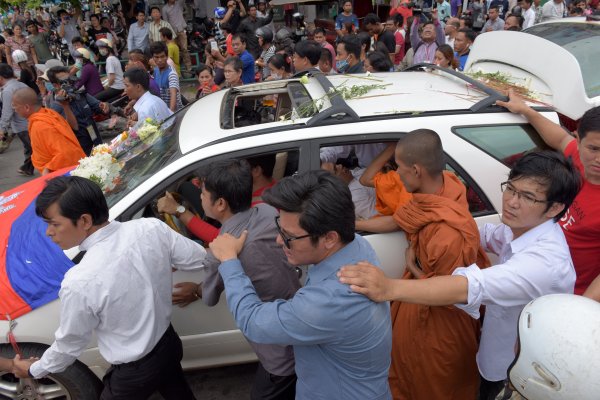