FSociety has struck again. This time, the fictional hacker organization from Mr. Robot gave the show’s fans exactly what they wanted: a look at the full season 2 premiere episode three days before it airs on Wednesday on USA.

The network held a Facebook Live Q&A session Sunday night featuring the show’s cast and hosted by Keegan-Michael Key. All seemed to be going smoothly until about 20 minutes into the livestream, when FSociety interrupted and launched into a rant about the interview itself. And then, the first 60 minutes of the premiere episode aired right then and there.

That was just the beginning. After the episode completed, it disappeared from Facebook. Shortly thereafter, the preview appeared on Twitter, Snapchat, YouTube, and USA Network’s homepage.

See below for details… and watch while you can. 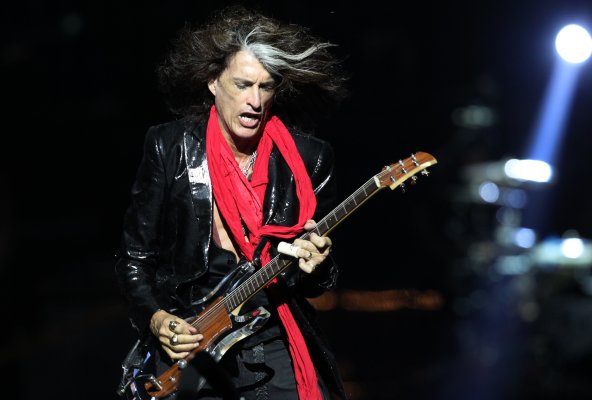 Joe Perry Collapses on Stage in New York
Next Up: Editor's Pick