A boy with his family attends a candle-light ceremony to pay tribute to the people who have been killed in a terrorist attack at the Holey Artisan Bakery in Dhaka, Bangladesh
K M Asad—LightRocket/Getty Images
Ideas
By K. Anis Ahmed
K. Anis Ahmed is the publisher of the Dhaka Tribune and the literary journal Bengal Lights. His debut novel, The World in My Hands, was published in 2013

As Bangladesh continues to reel from the terrorist attack on the Holey Artisan Bakery on July 1, like so many people I know, it has crossed my mind that I could have been there.

I am friends with the owners, and every other day I would meet friends and family for coffee on the cafe’s manicured lawns. My wife and I always spoke with pride of our apartment being “right around the corner” from Holey, which was an oasis, a sanctuary, in a city that has now changed forever. Things may never be the same again here, most grievously for the families who lost their loved ones, but for the country too. Indeed, it may mark a turning point so severe that years from now people will think of Bangladesh in terms of pre- and post-Holey.

After such a disfiguring calamity, the biggest question is always, Why? Yet looking for a reason based on the stated claims of terrorists is a mistake. There is no need for a reason when it comes to convincing young men to join groups promising violence in the name of a cause. Islam is not needed, religion is not needed; all that is needed is a sense of righteous injustice and unique victimhood.

The puppet masters, whoever they are, have a clear goal: to grab state power using an ideology that will turn recruits into terrorists while gaining credence with parts of the population. Already, I see comments on social media about Western hegemony, economic inequality and other factors that might have motivated the killers, as if those are legitimate grounds for such an outrage. Let us be clear — there are no legitimate grounds.

Bangladesh has also been shaken by the identity of the killers. Three came from well-off middle-class families, privileged and privately educated both in Bangladesh and abroad. These boys do not fit the profile we had created of terrorists: poor, rural and madrassa students. No, these kids had everything they needed. They wanted for nothing.

Today, these young militants have robbed the citizens of Dhaka of their sense of security. Every place, fond and familiar, has been transformed into a potential scene of carnage. They have even robbed the nation of its deepest conviction: that a suicide attack could never happen here. It did, for that is what the Holey attack effectively was. For all our vaunted secularism and syncretic culture, our youth are as fallible as anywhere else. They are vulnerable to the seduction of superhuman fantasies as any others.

The government will one hopes—and hopes desperately—finally step up its counterterrorism efforts. We as a society must also look hard at what in our environment may be predisposing children to the recruiters’ message. As long as so-called moderate Muslims and also certain kinds of liberals enable narratives of unique Muslim distress in Western hands, they are acting at cross-purposes. We have to promulgate ideas of self that are less tribal, and a sense of life that has purpose beyond mere consumerism.

Like violent movements of the past, this, too may be countered, but not easily. It will take a kind of diligence in government action that we are yet to see. But we must look hard at how we talk about ourselves, and others. Are we teaching our children to own the world, or only some wretchedly small part of it and that too in bitter, unending antagonism with all others? We have to build security capabilities like never before. Already, it’s late, too late for the 20 hostages killed at the Holey Artisan Bakery. We must start now. 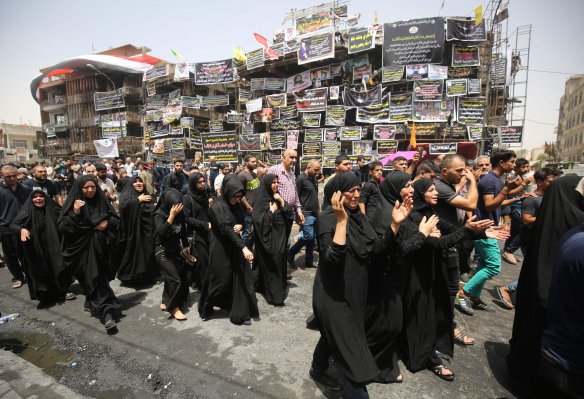 ISIS Attacks Should Be Wake-Up Call for Middle Eastern Leaders
Next Up: Editor's Pick