Cambodians walk along a car transporting the body of activist Kem Ley who was shot dead earlier in the day in Phnom Penh on July 10, 2016
Tang Chhin Sothy—AFP/Getty Images
By Rishi Iyengar

The U.S. on Sunday said it was “deeply saddened and concerned” by the murder of Kem Ley, a prominent Cambodian political commentator and activist, in the capital, Phnom Penh, hours earlier.

“We are following developments in this case closely, noting the Cambodian government’s call for an investigation,” U.S. State Department spokesman John Kirby said in a statement, calling on Cambodian authorities to make sure the probe would be “thorough and impartial.”

The country’s Prime Minister Hun Sen expressed his condolences for Kem Ley’s death in a Facebook post and called it a “savage act,” according to a translation by the Cambodia Daily newspaper.

Kem Ley, founder of the Southeast Asian nation’s Grassroots Democracy Party and one of the foremost critics of Hun Sen, was killed at a gas station Sunday morning. He was shot once behind his left ear and once under his left arm, the Cambodia Daily reported, with police subsequently arresting a suspect who said he killed the activist over unpaid debts.

However, many of the thousands of people who gathered at the gas station to accompany his body to a local pagoda expressed suspicions that the assassination was politically motivated.

Just two days earlier, a report published by U.K. watchdog Global Witness alleged that the Premier and his family have established an economic stranglehold on the country in order to preserve his political power. Kem Ley had commented on the report to Radio Free Asia on Friday.

The 46-year-old’s death comes at a time of heightened political tension in Cambodia, with elections set to take place next year. Cambodia has been a parliamentary democracy since 1993, but many accuse Hun Sen of running an increasingly authoritarian government. 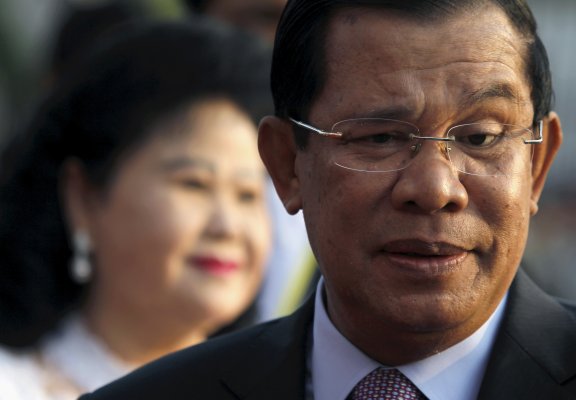 Cambodian Strongman Hun Sen Has Economy 'Sewn Up'
Next Up: Editor's Pick