North Korea Warns of a 'Physical' Response if U.S. Missile Deployment Goes Ahead

Pyongyang has threatened a “physical response” to plans by Washington and Seoul to deploy the Terminal High Altitude Area Defense (THAAD) anti-missile system in South Korea.

North Korea’s military warned of “physical response measures from us as soon as the location and time that the invasionary tool for U.S. world supremacy, THAAD, will be brought into South Korea,” Reuters reports.

Tensions on the Korean peninsula have grown since last month, when Pyongyang successfully sent a mid-range ballistic missile more than 1,400 kilometers (870 miles) high. Analysts say this means that North Korea has made progress in its ambition to be able to strike at American forces in the region.

North Korea, which frequently makes grandiose threats, has warned that it will turn South Korea “into a sea of fire and a pile of ashes” if the THAAD deployment goes ahead. 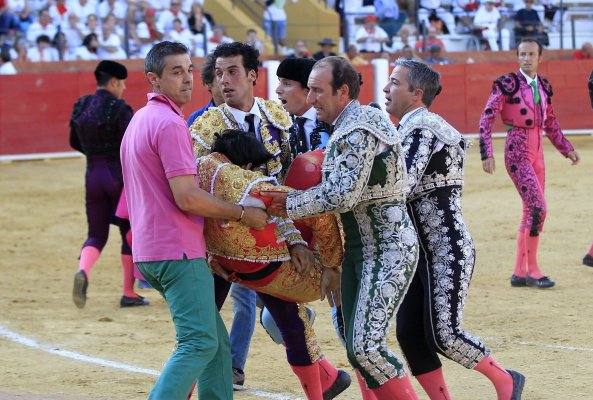 Bullfighter in Spain Gored to Death on Live TV
Next Up: Editor's Pick