DeRay McKesson, a prominent activist in the Black Lives Matter movement, was among more than 100 people arrested in Baton Rouge late Saturday during multiple protests in the Louisiana capital, authorities said.

McKesson was charged with obstructing a highway of commerce, a Baton Rouge Paris Prison spokeswoman told the Washington Post, adding that more than 120 people were also arrested.

His supporters on Sunday called for his release on social media, starting a trending #FreeDeray hashtag on Twitter, as several others donated to an online fundraising page set up to help those arrested in protests over the fatal police shootings of black men.

Mckesson live streamed the protest in a video that shows him and a group of demonstrators walking along the shoulder of the main road. A police officer in the video warns the demonstrators not to walk onto the road.

“You with them loud shoes, I see you in the road. If I get close to you, you’re going to jail,” an officer can be heard saying. 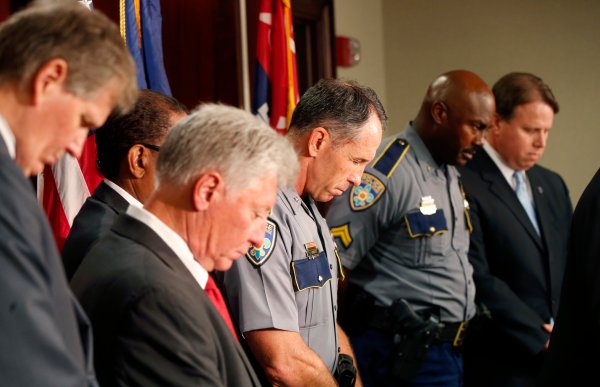 What to Know About Alton Sterling’s Police Shooting Death in Baton Rouge
Next Up: Editor's Pick