A sign reading, "Justice for Philando," and police tape are draped over the entrance of the Governor's Mansion following the police shooting death of a black man on July 7, 2016 in St. Paul, Minnesota.
Stephen Maturen/Getty Images
By Katie Reilly

An attorney defending the Minneapolis police officer who killed a black man during a traffic stop on Wednesday said Saturday that the officer was reacting to the man’s gun, not his race.

Thomas Kelly said in an interview with the Associated Press that officer Jeronimo Yanez reacted to “the presence of that gun and the display of that gun” when he shot and killed Philando Castile.

Castile’s girlfriend, Diamond Reynolds, broadcast the aftermath of the shooting live on Facebook, saying during the video that Castile was licensed to carry a gun.

“He’s licensed to carry,” Reynolds said during the video. “He was trying to get out his ID and his wallet out his pocket, and he let the officer know that he was, that he had a firearm and that he was reaching for his wallet and the officer just shot him in his arm.”

Kelly said Yanez is distraught over the shooting and would not say what led up to it, the AP reported.

Castile’s death—which came just a day after the shooting death of Alton Sterling by police officers in Baton Rouge, La.—has fueled national protests over the treatment of black men by law enforcement officers.

Most Popular on TIME
1
N.C. Inmate Taken Off Death Row For Racism At Trial
2
Mayors Worry Operation Legend Is About Politics, Not the Law
3
What the Freemasons Taught the World About Secrecy 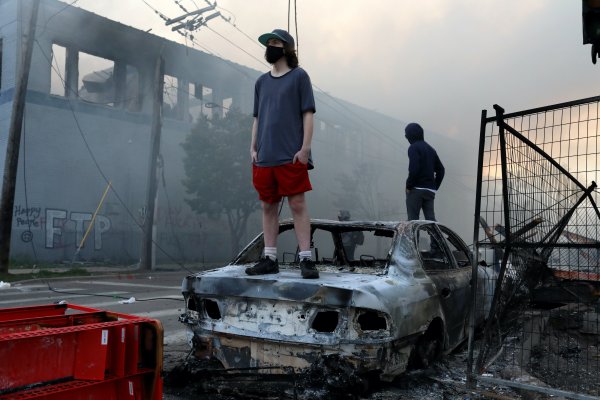