In a new study published in JAMA Neurology, researchers find stronger reason to be concerned about the long term effects of head injuries, particularly when it comes to Parkinson’s disease, which recently contributed to the death of Muhammad Ali.

The scientists, led by Dr. Paul Crane from the University of Washington, studied 7,130 older people from three different populations in the U.S. who reported on their history of head injuries and underwent regular cognitive testing. The researchers focused on people who had head injuries that resulted in a loss of consciousness, and analyzed how these events affected the development of brain disorders such as dementia, Alzheimer’s disease and Parkinson’s.

People who reported head injuries had a 3.5-fold higher chance of developing Parkinson’s than those who did not, and people who were unconscious for a longer time showed a doubling of Parkinson’s progression compared with those who did not have any head trauma. With the recent death of boxing great Ali, who suffered from Parkinson’s, the findings highlight the possible long term effects of brain injury.

He points out that the head injuries in this study are slightly different from the mild, repetitive brain injuries that have been getting so much attention among football players. Those repeated blows can lead to the condition called chronic traumatic encephalopathy (CTE), but Crane says there may also be connections between injuries that result in loss of consciousness and CTE as well. Trauma that results in loss of consciousness, but don’t cause the person to really suffer any obvious adverse effects, are much more common than the repetitive trauma seen in sports like football. And as with CTE, the current study shows that there may be long term effects, years after the incident, of even a single head injury that results in loss of consciousness.

“We should think hard as a culture about the activities we do, and whether we are putting ourselves at a lot higher risk of neurodegenerative conditions as a result of those activities,” says Crane.

The study involved both elderly people as well as nuns and priests who agreed to participate in a study on aging brains, so Crane says the findings are relatively representative of the general population. The people in the studies weren’t selected for any particular health condition or risk factors for brain disorders.

The findings are important as a warning that even a single head injury, if it results in loss of consciousness, can have lasting impact on people’s cognitive heath, years or even decades later. For now, there isn’t much that people who have experienced this type of trauma can do to protect themselves from Parkinson’s, other than being more aware of the first signs of the disease.

As a society, the implications are that doctors now know that the most common pattern of head injury, the garden variety type, can be associated with possibly profoundly increased risk of a neurodegenerative condition, says Crane. And because there is no way to mitigate the effects of head injuries after they happen, “it’s really a question of prevention. If it’s possible to reduce the number of head injuries in the population then that may have an influence on the shape of Parkinson’s.” 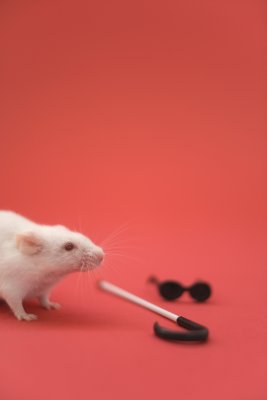 In a Scientific First, Blind Mice Regain Eyesight
Next Up: Editor's Pick