Rihanna's Response to a Bra Being Thrown On Stage Is Everything

Rihanna‘s not one to shy away from interacting with her fans while she’s performing (who can forget the time that she reacted like this after handing the mic to fan with some major pipes) and her Copenhagen concert was no exception.

During the latest stop on her Anti World Tour, an enthusiastic fan threw a bra onto the stage and Rihanna addressed the situation as only she could. The singer stopped the show, picked up the lingerie and teased the fan, saying that the bra wasn’t her size before continuing the show.

You can watch the hilarious episode go down below. 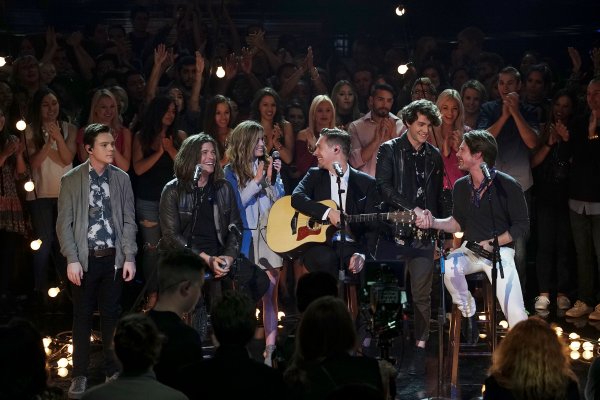 See All Grown Up Hanson Sing an Acoustic Version of the '90s Hit 'Mmmbop'
Next Up: Editor's Pick