Meet the Police Chief Responding to the Dallas Shooting

Dallas Police Chief David O. Brown has seen loss from several perspectives: He lost his former partner in the line of duty, his brother due to crime and his son after he killed a police officer.

As Dallas reels from shootings that left five officers dead and seven others wounded, Brown has been thrust into the national spotlight.

He lost his former partner in a fatal shooting

In 1988, Brown was called to the scene of an officer-involved shooting only to learn that his former police academy classmate and partner had been ambushed and shot in the head. Walter L. Williams, a father of three, died in the hospital hours later.

“When things like that happen and you’re really close, you don’t believe it for the longest time,” he told the Dallas Morning News when he was sworn in as chief in 2010. “I really relate to all of those in-the-line-of-duty deaths [on a] much more personal level … you lose a partner, you just never get over it.”

His brother was killed by drug dealers

In 1991, his younger brother Kelvin was killed in the Phoenix area by drug dealers. Brown doesn’t speak much about the event, but he told the Morning News that it deepened his understanding of his job.

His son killed a police officer and a bystander

In 2010, the same year Brown was sworn in as chief, his son began acting erratically at an apartment complex in the Dallas suburb of Lancaster, then shot and killed a stranger and a police officer before being killed by police himself.

Brown later took off his badge to meet with the family of the victims.

“David was very humble. You know, he never made any excuses for his son. David’s a strong, Christian man, and so he relies on his faith to get through each day, and that was demonstrated during the whole incident that happened in Lancaster,” former Lancaster Police Chief Keith Humphrey told TIME.

Humphrey, who is now chief of police in Norman, Okla., said he has known Brown in a professional capacity for almost a decade. He helped facilitate the meetings between Brown and the victims’ families but did not stay.

“What I do remember hearing David say as I’m walking out of the room, exiting the room, that he said, first of all, ‘I’m very sorry, and that is not the way I raised my son.’ I don’t know what else happened inside those meetings, they were very private. But I think that helped all three families start healing,” Humphrey said.

Brown is known for not having many personal friends and disliking sitting down with the media. He runs his own Twitter account in part to control his public messages.

Anna Hill, president of the Dolphins Heights Neighborhood Association in Dallas, said she has known Brown for a long time, but she still mostly talks to him for professional reasons, but that he’s always responsive.

“He takes his job seriously. He takes community seriously,” she told TIME. “If we have a problem in our neighborhood and we contact him, he answers.”

Humphrey described Brown as “introverted,” but a dynamic leader.

“It’s not about David, it’s about others,” Humphrey said. “David is an amazing leader. What you see is what you get on TV. He’s not putting on an act, and he’s definitely not performing for the media. David cares. He’s hurting.” 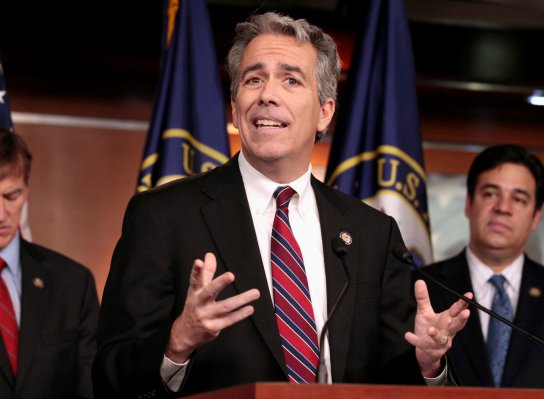