Snoop Dogg and The Game led a male protest at the Los Angeles Police Department’s graduation of new officers on Friday, following the police shootings of Alton Sterling and Philando Castile and the killing of five Dallas police officers on Friday.

The Game, whose legal name is Jayceon Terrell Taylor, posted a photo of the two rappers on Instagram, calling specifically on men to march peacefully to the LAPD headquarters.

The Game posted that the objective of the protest was to make the California government aware that men of color will be unified. He also emphasized that the march must be peaceful and asked male protest attendees to leave women and children at home. “THIS IS OUR MISSION FOR THEM,” he wrote.

“We will no longer allow them to hunt us or be hunted by us!” The Game posted. “Let’s erase the fear of one another on both sides & start something new here in the city of Los Angeles, a city we all love & share!”

About 50 men joined the march, the Los Angeles Times reported. The Game also posted a video of the march. 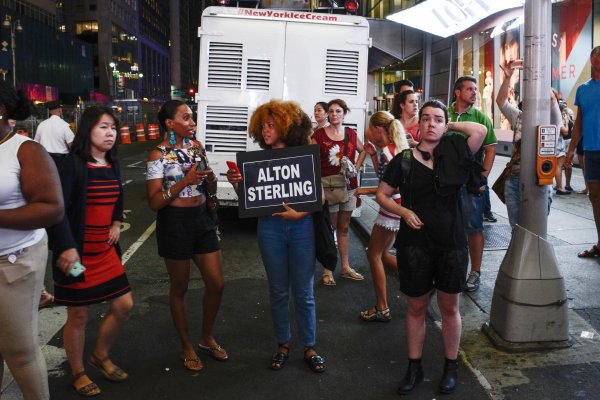 Mother of Alton Sterling's Son Condemns Dallas Shooting: 'Violence Is Not the Answer'
Next Up: Editor's Pick