Why President Obama's Police Reform Is a Work in Progress

President Barack Obama holds up a copy of the report by the Task Force on 21st Century Policing at the White House in Washington, March 2, 2015.
Kevin Lamarque—Reuters
By Maya Rhodan

In the wake of two black men killed in officer-involved shootings, President Obama reminded the nation in a Thursday night speech that his White House has already taken steps to help improve relations between police and communities.

“Last year, we put together a task force that was comprised of civil rights activists and community leaders, but also law enforcement officials — police captains, sheriffs,” the President said. “And they came up with specific recommendations and steps that could ensure that the trust between communities and police departments were rebuilt and incidents like this would be less likely to occur.”

That group, the White House Task Force on 21st Century Policing, was created in the wake of a spate of officer-involved killings of black men in 2014, and a year later it released a lengthy report calling for more data on police-involved shootings, better assessments of community attitudes toward police, and the removal of incentives on police practices like arrests and convictions. But while the task force’s recommendations have indeed been embraced by some of the nation’s law enforcement, its effects have been noticeably limited.

According to a one-year update by the Task Force, at least nine states and municipalities have taken significant steps to implement their recommendations and law enforcement agencies in every state have in some way grappled with reform. In May 2016, 15 police departments signed on to join the “Advancing 21st Century Policing Initiative.” However, those successes are a drop in the bucket for the task force considering there are 18,000 police departments in the United States.

Even President Obama mentioned his frustration with the slow pace of change even as he praised the task force’s suggested reforms. “Change has been too slow and we have to have a greater sense of urgency about this,” the President said Thursday.

In conversations with TIME on Friday, several members of the Task Force said they still believe their work will make a difference. “The pillars that we laid out—those pillars are an absolutely great foundational platform for building the transformation plan that each department needs to go through,” said Constance Rice, a civil rights attorney and task force member.

But another task force member, Brittany Packnett, said that change cannot be expected to happen overnight. “We are dealing with issues that are deeply rooted in systemic racism and oppression and those roots go all the way back to the founding of this country,” says Packnett, adding that the implementation of all of the recommendations would merely be one step in the right direction. “It’s unrealistic to think that in a years time we’re going to uproot systemic oppression and racism.”

Laurie Robinson, a George Mason University professor and co-chair of the Task Force, was more optimistic, arguing that the report’s influence in such a short period of time has been unprecedented.

“It would be a rare police chief who isn’t aware of the report or hasn’t at least skimmed through it,” Robinson said. But she cautioned that the impact of the recommendations must still “trickle” down to officers on the ground who often make split-second decisions in the line of duty. “That takes time,” says Robinson. “Not just with training, but also with some culture change.”

One bittersweet sign of the task force’s influence is that the community-first approach recommended in the report is already being implemented in Dallas, the sight of Thursday’s brutal attack. A 2015 report by the Dallas Morning News found that complaints of excessive force had ratcheted down to their lowest point in nearly two decades. Police Chief David Brown told the paper that “training, community policing and holding officers accountable” had made a difference.

Lopez said the tragic events in Dallas are emblematic of the ripple effect incidents across the country can have. “When on a daily basis someone in law enforcement messes up and takes the life of an unarmed individual it doesn’t help,” Lopez says. “It doesn’t help police officers on the ground do the job that they need to do to build trust across the country.” 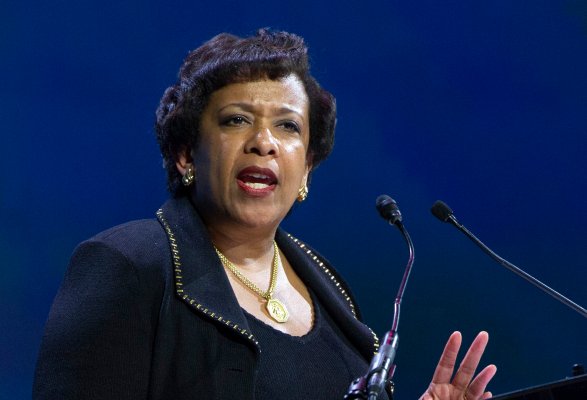