Following a well-calculated wildfire explosion and the subsequent suicide of King Tommen in the season six finale of Game of Thrones, Cersei Lannister did something that would have seemed nearly impossible when the series began — ascended the Iron Throne uncontested.

But while the former Queen Mother has finally gained (tentative) control of the realm, she will soon be facing a threat to her power. With Daenerys Targaryen, three dragons and a massive army headed straight for King’s Landing, Cersei will need more than a crown if she hopes to defend herself. Could this mean wedding bells are in the air?

Reddit user Sam_Stark posits that Euron Greyjoy — who we last saw ordering the Ironborn to build him a fleet of 1000 ships — will show up to offer his hand in marriage to the eldest Lannister sibling. “I think it would make sense if Cersei allies herself with Euron Greyjoy through marriage,” the Redditor writes. “Euron has already made it abundantly clear that he wants to marry into the crown, and Dany has made it clear that she’s going to back Yara’s claim to the Iron Islands. Cersei needs more troops if she is ever going to have a hope of defeating Dany, and Euron is the only source left in Westeros with enough troops to make a difference…Although Euron did set out to build those 1000 ships for Dany, I could see him pivoting fairly easy to team Cersei now that she’s queen and he has no other figure to back. This would mean that Cersei not only has the biggest Navy in Westeros to defend the Blackwater from Dany, but she would also have the backing of the Lannister Army and the White Cloaks.”

However, considering Cersei’s lifelong love for her brother Jaime and her extreme aversion to political marriages, if this theory does come true, we have a feeling it won’t end up working out in Euron’s favor. 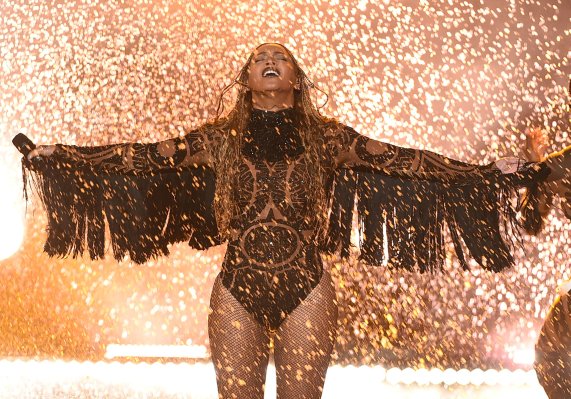 Watch Beyoncé Pay Tribute to Victims of Police Brutality With an A Cappella Rendition of ‘Freedom’
Next Up: Editor's Pick