Aubrey Plaza: 'I Fall In Love With Girls and Guys. I Can't Help It'

Aubrey Plaza, who stars in the forthcoming film Mike and Dave Need Wedding Dates, recently gave an interview to The Advocate that touches on her sexuality and her experiences within the LGBT community.

When The Advocate asked Plaza if her female fans “come on to” her, she responded, “Oh, yeah. I don’t mind. I know I have an androgynous thing going on, and there’s something masculine about my energy.” Plaza added: “Girls are into me — that’s no secret. Hey, I’m into them too. I fall in love with girls and guys. I can’t help it.”

Plaza said she grew up in a “very open” family and felt at home in a community theater that had a strong, welcoming gay community. She said her own LGBT following “makes sense.” “I feel like I operate in an old-school way that only gays truly understand,” Plaza told The Advocate. “So for me it’s the ultimate compliment. My tastes are like an older gay man’s, and I think that’s who I really am. Like, I grew up obsessed with Judy Garland, and I was also obsessed with how much she meant to her following.”

Though Plaza often plays heterosexual characters, she did have an LGBT role opposite Natasha Lyonne in Addicted to Fresno. “It was less about pretending to be a lesbian and more about portraying a human being with a massive crush on Natasha Lyonne’s character,” Plaza said. “Natasha’s a friend, and she called me up, like, ‘Do you want to come do a movie and make out with me?’ I have a major crush on her in real life, so it was fun.”

In a conversation with the New York Times, Plaza discussed a different kind of chemistry that she found on the set of Mike and Dave Need Wedding Dates. She and costar Anna Kendrick had to prove to producers that they could portray best friends on-screen: “I hadn’t seen Anna in a while, so it was very stressful,” Plaza said of the “chemistry test” they did before getting the roles. “But we immediately were kind of all over each other, throwing Skittles in each other’s mouths.”

She also got along well with co-star Zac Efron, who helped her train before the film. “He would force me to work out with him on the beach, run around the jungle or go on hikes. He was like my camp counselor,” she told the Times.

Read her full interview at Advocate.com. 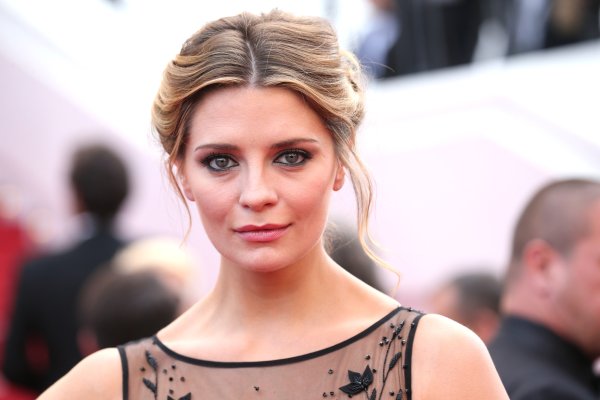