We first spotted Leonardo DiCaprio’s doppelgänger back in January, when the Russian lookalike started making headlines because of his strong resemblance to the Oscar-winning Revenant actor.

Well, now the lucky man — Roman Burtsev, a Moscow-area emergency services officer according to the Hollywood Reporter — has cashed in on his thirty seconds of Internet fame as the star of a new ad for Russian vodka brand Pyat Ozer. The ad starts out with Burtsev staring at his reflection in a car’s rearview mirror, to which a picture of the real DiCaprio has been pinned. Soon, though, we realize that Burtsev is no Leo.

“One day you realize your life is but a fake,” a voiceover narrates. Clad in a sweatsuit that displays his substantial frame while driving a fake BMW, a faux girlfriend riding shotgun, Burtsev is clearly not the famous actor. The only thing that’s left for him to do? Drink vodka and row away into the distance, in a nod to DiCaprio’s Revenant character. Classy, fake Leo, very classy. 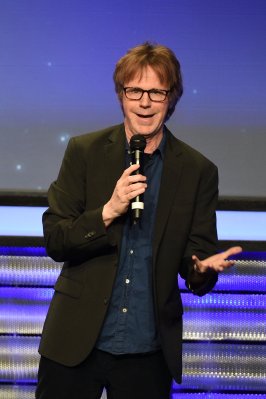