The Horrific Similarity Between Police Brutality and Domestic Abuse

Brian Herron, pastor of Zion Baptist Church in Minneapolis, turns from the podium to address Minnesota Governor Mark Dayton as he speaks about the police shooting of Philando Castile during a news conference in front of the governor's residence in St. Paul, Minn., on July 7, 2016
Craig Lassig—EPA
Ideas
By Beverly Gooden
Gooden is a domestic-violence survivor and social activist

In the short span of 48 hours, the news of two police-involved killings of black men has circulated the media: Alton Sterling’s and Philando Castile’s deaths took over our news cycles and our social-media feeds. It’s gut-wrenching. As a human being, it breaks my heart. As a black woman, it infuriates me.

But I’m also a domestic-violence survivor who, like many others, lived with a spouse that systematically filled my life with violence and blame. And I can’t help but notice how police violence mirrors abuser dynamics.

The core desire of an abuser is control. If the abuser feels they don’t have control, they’ll enforce violence to gain that control. The abuser will use intimidation, coercion, isolation and ultimately physical violence in order to be in control. And here’s the kicker: the abuser will always minimize or deny their behavior by blaming it on the victim. Sound familiar? “They were resisting” is a common refrain in police violence.

Then, victims will be very careful not to incite violence by walking on eggshells. “Yes, officer,” they’ll say. “No, sir officer, you’re right,” they’ll declare. Take for instance the story of Levar Jones, who, after being shot by a police officer, respectfully called the officer “sir” and even apologized to the man that shot him. Why would he do that? It is safe to assume that the victim was attempting to de-escalate the situation by calming the aggressor. That mirrors domestic violence in a way that is both frightening and enlightening.

But, as in domestic violence, the victim’s behavior will never change the outcome once the abuser believes he can use physical violence without consequence. In America, police violence without consequence in black communities has become so normalized that we roll our eyes when “justice” is sought by authorities. Further, the stories of police officers who have walked free after killing an unarmed black person are legion. I don’t even expect an officer to suffer consequences anymore; the audacity of hope I once had is gone.

But look at this. In order to keep the victim quiet, the abuser will often make promises of peace. “The Justice Department is investigating!” and “The officers are on leave!” And so the victim is relieved and placated. “Thank God. It’s over. There is peace and we’ll get through this.” That’s called “the honeymoon period,” but that period never lasts. Because without real intervention, abuser violence escalates in severity and frequency. And quite often, the relationship ends when the victim eliminates/neutralizes the abuser. I didn’t eliminate my abuser; I escaped my abuser. But how do you escape an abuser who is state-sanctioned? 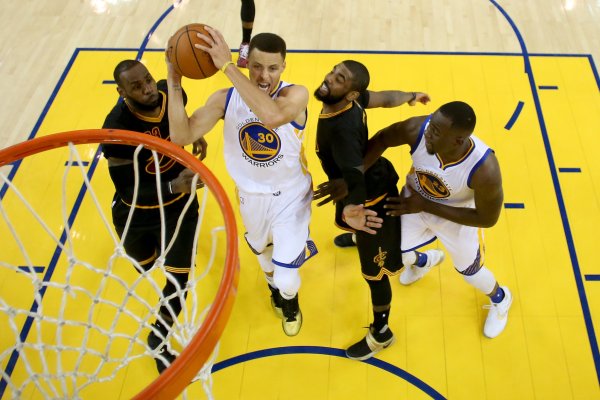