Britain's Next Prime Minister Will Be Theresa May or Andrea Leadsom

Energy Minister Andrea Leadsom and Home Secretary Theresa May will face off to succeed David Cameron as the Conservative Party leader and Britain’s Prime Minister.

It became clear that Britain would have it’s first female PM since Margaret Thatcher on Thursday, when the Conservative Party voted for May and Leadsom over a third candidate, Michael Gove. May led the ballot for the 330 Tories with 199 votes over Leadsom’s 84 and Gove’s 46, the Guardian reports.

May also led by a wide margin in the first round of ballots on Tuesday.

The 150,000 rank-and-file Conservative party members will now decide between the two in a ballot that ends Sept. 9. Either May or Leadsom should then emerge the winner and take over as the next Prime Minister. 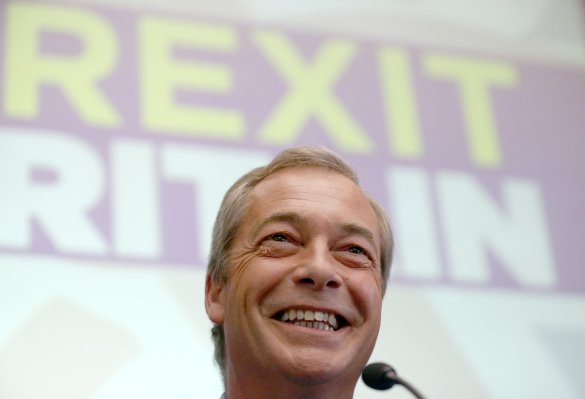 Britain Loses Another Party Leader as UKIP's Farage Quits
Next Up: Editor's Pick