A Brief History of Real Ghostbusters

Long before Dan Aykroyd, Bill Murray, Harold Ramis and Ernie Hudson waved high-tech meters to detect ghosts and donned 50-pound proton packs to capture them in the original 1984 Ghostbusters movie, early attempts at “ghost-busting” tended to be much more low-tech operations. Folk tales and superstitions about ghosts go back centuries, so it’s no surprise that ghost-hunting techniques do so as well.

As the new reboot of Ghostbusters arrives in U.S. theaters Friday, a few authors of books on the history of so-called ghost sightings (and the search for proof of ghosts’ existence) explain some early strategies that people are said to have used to banish the supposed phenomena:

If the “Who you gonna call?” ad from Ghostbusters existed between the 16th and 19th centuries, the answer would be clergymen.

According to Owen Davies, professor of history at the University of Hertfordshire and author of Ghosts: A Social History, Roman Catholic priests engaged in exorcisms and were considered the best at warding off ghosts. After the Reformation, however, Protestants thought only God could do that—which didn’t stop Protestants from asking their clergy to help in situations where a ghost was suspected. All they could do, however, was pray.

Roger Clarke, author of Ghosts: A Natural History: 500 Years of Searching for Proof, describes the Protestant version of such an exorcism as “singing, reading psalms, countless Bible readings for days, basically just boring or annoying ghosts to death.”

According to a letter written by Roman author Pliny around the year 100 CE, the philosopher Athenodorus was staying at a house in Athens when he heard a rattling sound and found a ghost with chains on his feet and hands. The spirit led him to another spot of the house, then vanished. When the writer had the spot dug up, there lay the ghost’s bones. Once they were “publicly buried” in a “proper” ceremony, the spirit never came back.

“It’s the most famous and frequently repeated ghost story of the ancient world and one of the bases for western beliefs in ghosts, because it created the notion that you can dispel a ghost by finding out what they really want,” says Lisa Morton, author of Ghosts: A Haunted History and president of the Horror Writers Association. (A common answer to that question, experts say, was thought to be that the ghost was angry about the way a will had been executed.)

There has also been a longstanding idea that criminals and other people with “nasty” dispositions had to be buried upside down because they were most likely to haunt people, according to Davies. “If you’re face down,” he says, “that’s the direction the spirit would go, preventing it from going up and tormenting a community.”

To ward off evil spirits in 17th century Britain, people carved “witch-marks” or “witching marks” — circles; interlocking Vs, possibly meaning Virgin of Virgins; or the symbol M for the “Virgin Mary” — into potential entryways of buildings, such as doors, windows, and fireplaces, according to curators at Historic Royal Palaces. For instance, carpenters are believed to have carved such marks (see below video) in the attic of Kew Palace, Britain’s smallest royal residence built in 1631. Back then, “ghosts were just expression of witchcraft,” according to Clarke, and the marks were thought to have worked like “nets” that would “disorient them,” making them feel so uncomfortable that they’d leave the place.

Another way to get rid of a ghost, according to some superstitions, was to give it something to do.

“In British folklore, you banish the ghost [by telling it] to empty a lake with a sieve, or count the sand on a beach, impossible tasks to occupy a spirit so it doesn’t bother anyone else,” says Davies. Another legend says spirits would be sent to the Red Sea because “bad spirits could not escape such a prison once the sea closed in again.”

Food historian Ken Albala’s Beans: A History claims some adherents of ancient Roman religions are thought to have tossed beans over their shoulders during the May festival of Lemuria (or Lemures). “In it, the father of the household goes out barefoot at midnight and tosses beans over his shoulder saying nine times ‘shades of my ancestors, depart’ while banging on pots,” according the book. “The beans and the souls they contain are meant to substitute for the family members whom the ghosts might snatch, or the ghosts consume the spirits contained in the beans and are sated.”

The notion of a “hungry ghost” that will go away if fed has been popular in some east Asian cultures. One Chinese tradition says restless spirits are on the prowl on the 15th day of the seventh lunar month. During a Hungry Ghost festival, participants will try to “appease” them by putting out food, even burning fake money that the ghosts could use in the afterlife. 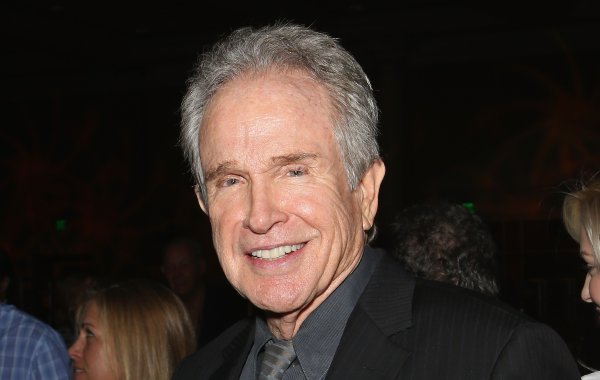