Will students turn around and flip their seats for profits of four, five, perhaps even ten or twenty times what they paid? Well, surely some will be tempted to do just that. After all, these are kids who will soon join the throngs that collectively owe $1 trillion in student loans. But it looks like the entrepreneurial students out there eager to make some cash on the secondary ticket market won’t be able to cash in.

The ticket sales operation for the University of Wisconsin Badgers, one of the four teams remaining in the NCAA tournament, spell out a long list of rules and requirements for those seeking to purchase Final Four seats at the student rate. “Students may only purchase one Final Four ticket,” is the first policy listed. And this one is the rule that makes it all but impossible for students hoping to sell their seats:

The rules are the same for students at the three other schools in the Final Four, the University of Florida, the University of Connecticut, and the University of Kentucky. Students who are eligible to purchase seats at the $40 rate should have already received emails explaining how to proceed, and there’s a good chance all of the $40 tickets will be snatched up by Monday afternoon, if not sooner. For everyone else, the NCAA’s sales partner offers a host of pricey options, as do the universities, including travel packages running over $1,000 per person (sometimes not including tickets) and ticket packages for the upcoming semifinal and final game starting at $300, plus a fee of $10 or $15 per ticket. (Also available, curiously: foldable chairs used by UConn during the tournament for $150 apiece.)

Still, the $300 price for tickets is cheap compared to the going rate on the secondary market. The resale and ticket information site TiqIQ.com released data on Sunday indicating that the average price for “all sessions” tickets (entrance for both semifinal games on Saturday) was $1,367.55.

Tickets for the championship game on Monday night are cheaper, averaging $614 of late, with the cheapest “get-in” price going for $118, though of course at this point it’s impossible to know which teams will be playing in the game. As with most sporting events, it appears wise to wait to buy, as it’s expected prices will go down as game day nears. For the last three NCAA championship games, the average ticket price wound up under $500, and the cheap seats sold for under $100, according to TiqIQ. 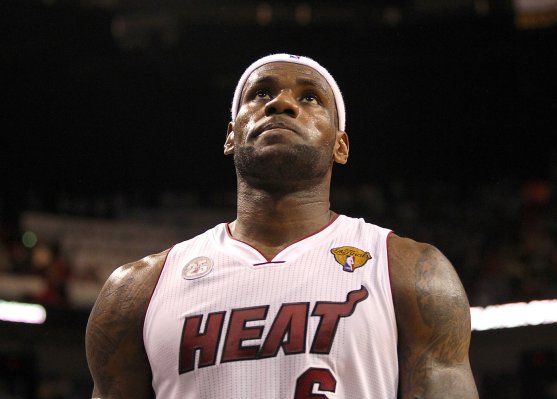 Sports Fans Will Tune Out the NFL in 10 Years
Next Up: Editor's Pick