World's Most Expensive Grapes? Bunch Sells For $10,900 In Japan

Ruby Roman table grapes at a wholesale market in the central Japanese city of Kanazawa on Photo taken July 7, 2016. The grapes sold for a record-high 1.1 million yen ($10,900) at an auction.
Kyodo—Kyodo
By Abigail Abrams

Think grapes are expensive at your local grocery store? They’ve got nothing on this bunch.

The grapes are the Ruby Roman variety, which means they were grown in the Ishikawa prefecture and had to weigh at least 20 grams and have a sugar content of 18%. They are typically around the size of ping pong balls.

People in Japan often pay high pieces for seasonal fruit, but Thursday’s sale was a record high. The sale marked the beginning of auction season for Ruby Romans in Japan, so more fruit is likely to fetch high prices this summer.

The winner of the $10,9000 grapes promised to give out a few grapes to lucky customers.

“These are truly Ruby Roman gems,” the buyer, Takamaru Konishi, told the press. “We will display them at our store before giving our customers a sample taste.”

Other fruit has sold for high prices in Japan, where the sweet treats can be seen as a status symbol. A pair of melons, the most prized fruit in the country, sold for 1.5 million yen at an auction last year, the Guardian reported. 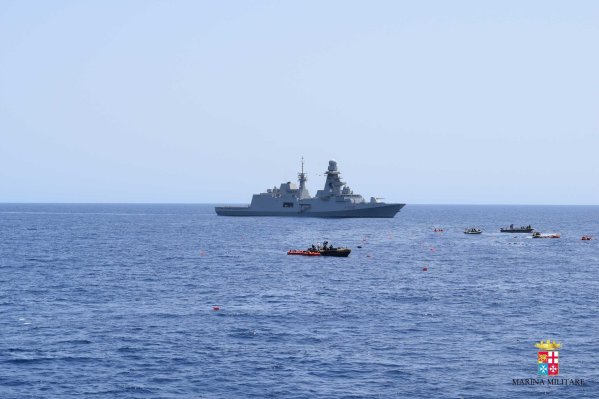 The Italian Navy Has Recovered 217 Bodies from Migrant Ship Wreckage
Next Up: Editor's Pick