FBI Director James Comey testified before Congress on Thursday, doubling down on his conclusions in the investigation into Hillary Clinton’s use of a private email server as Secretary of State.

Comey recommended on Tuesday that no criminal charges be brought against Clinton, but he criticized her and her staff for being “extremely careless” in their handling of classified information. In his testimony before the House Oversight & Government Reform Committee on Thursday, Comey said it was important to distinguish between deliberate and unintentional unlawful behavior.

“I see evidence of great carelessness, but I do not see evidence that is sufficient to establish that Secretary Clinton or those with whom she was corresponding both talked about classified information on email and knew when they did it, they were doing something that was against the law,” Comey said. “No reasonable prosecutor would bring this case. No reasonable prosecutor would bring the second case in a hundred years focused on gross negligence.”

Committee Chairman Jason Chaffetz, a Utah Republican, opened the House hearing by saying he was “mystified and confused” by the fact-pattern and conclusions of the FBI investigation. Democratic Rep. Elijah Cummings of Maryland told Comey “there is absolutely no evidence that you made your recommendation for political reasons” and asked him to “close the gap” by explaining the steps of the investigation.

Republican committee members grilled Comey about Clinton’s answers throughout the investigation, asking if she had lied to the FBI and accusing Comey of treating Clinton differently than they would someone else.

“It’s just not accurate,” Comey said, refuting claims about bribery and special treatment. “We try very hard to apply the same standard whether you’re rich or poor, white or black, old or young, famous or not known at all.” 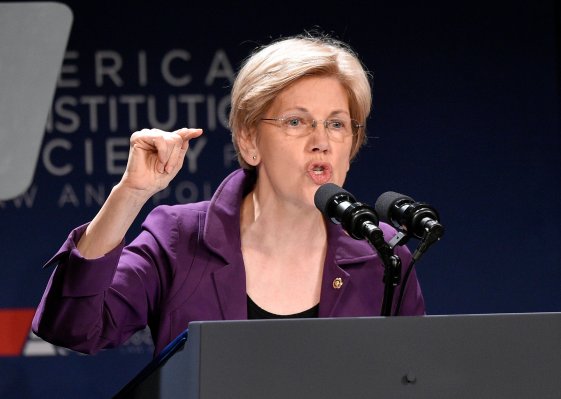 This Might Be Another Reason Voters Are Angry
Next Up: Editor's Pick