Kevin Turner, Microsoft chief operating officer for the past 11 years, is moving to Citadel Securities, where he will be chief executive officer. He will also be vice chairman of Citadel, the parent company.

While some viewed this as a surprising move, Microsoft insiders have long said Turner has been on the hunt for a CEO post since Satya Nadella was named Microsoft’s top executive two years ago.

Turner joined Microsoft in 2005 after 22 years at retail giant Walmart, where he started as a cashier and worked his way up to chief information officer before becoming president and chief executive of Walmart’s $37 billion Sam’s Club unit, according to his Microsoft bio.

Turner led Microsoft’s sales efforts for years and was known for fiery pep talks at events like the company’s annual worldwide partner conference where he incited Microsoft’s army of resellers to help the company beat Google, Amazon Web Services, and other rivals in the field. Turner was also Microsoft’s highest paid executive for several years.

Citadel Securities processes more than a billion equity shares on some days and claims 35% of the U.S. retail investor market, according to CNBC.

Turner will assume his new duties after a brief transition. In an email, Microsoft chief executive officer Satya Nadella thanked Turner for his service and for sticking around for a while to help with the transition.

Nadella also outlined a tweaked Microsoft reporting structure in which Judson Althoff will lead the commercial business, including enterprise and public sector customers. Jean-Philippe Courtois will lead global sales and marketing operations. Both of these execs had reported to Turner and will now report to Nadella.

Chris Capossela will head marketing worldwide for the consumer businesses; Kurt DelBene will lead IT and operations and corporate strategy; and Amy Hood, who is already chief financial officer, will head the sales and marketing finance team as well. 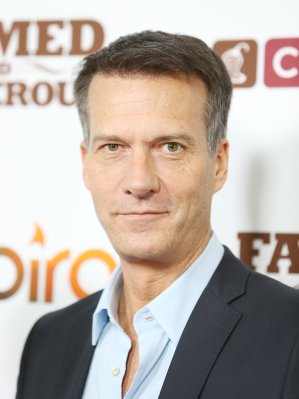 One of Chipotle's Highest-Paid Executives Was Involved in a Cocaine Bust
Next Up: Editor's Pick