The season six finale of Game of Thrones saw Samwell Tarly, Gilly and Little Sam finally arrive at the Citadel in Oldtown after a long and arduous journey from Castle Black. Once inside the maesters’ headquarters, Sam entered the library, where he was greeted with the sight of chandeliers that closely resembled the gyroscope from the show’s opening credits.

In a recent interview with The Hollywood Reporter, John Bradley — who plays Sam — revealed that he believes the similarity may hint at how the series will end. “One theory is that what we’re seeing now and how we’re experiencing Game of Thrones is Sam telling the story of Game of Thrones,” he said. “If you take the logic of the story now, the story of Westeros and the story of the battle for the Iron Throne, it would be a book in that library.”

The actor also spoke about how the detail is proof of showrunners David Benioff and D.B. Weiss’ exemplary storytelling ability. “The one thing I found moving about that object being the same in the Citadel and in the opening titles is that it’s a testament to [showrunners David Benioff and Dan Weiss’] foresight, that they can plan something that only comes to fruition much later on,” he said. “It shows an incredible kind of long game, in terms of giving people drips of information and being brave enough to puzzle people for a while.”

And Sam’s writing skills may not be the only thing he has to contribute to the people of Westeros. During his stop at his family’s home at Horn Hill in the season’s sixth episode, Sam gained possession of House Tarly’s ancestral Valyrian sword Heart’s Bane — a weapon that may have a big part to play in the wars to come. “We saw in Jon and Sam’s final scene in season five, that Sam was talking about the effects of Valyrian steel on White Walkers,” Bradley said. “They’re talking about Jon’s experience at Hardhome, and how [Jon’s sword] Longclaw came into play in a big way there. Sam’s constantly aware of these details, and he knows that Heart’s Bane is Valyrian steel. He knows the impact it can have. But it’s an interesting kind of mix between the symbolism of Heart’s Bane to him, and the practical use of it in the wider world. It’s a coming together of head and heart, which you don’t get very often.” 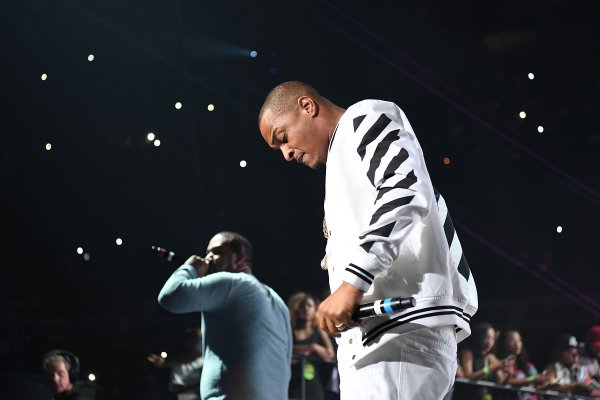 Rapper T.I. Is Being Sued by Employees at His Restaurant
Next Up: Editor's Pick