A car at the scene of a shooting of a man involving a St. Anthony Park Police officer in Falcon Heights, Minn., on July 6, 2016.
Leila Navidi—Star Tribune/AP
By Justin Worland

Police shot and killed a Minnesota man Wednesday evening following a traffic stop in an incident that drew protests in the state’s capitol and parallels to other fatal shootings of black men including a shooting in Louisiana earlier this week.

A female passenger streamed the aftermath of the incident on Facebook Live showing Philando Castile, 32, bloodied in the driver’s seat and a police officer with his gun still visible through the window. The woman’s daughter sits in the backseat of the car.

In the video, the woman, Diamond Reynolds, says the officer asked Castile for his license and registration. Castile reached for the information as requested and also informed the officer that he had a gun in the car and was licensed to carry, the woman says.

“I told him not to reach for it. I told him to get his hands up,” the officer says in the graphic and expletive-laced video.

“Please, officer, don’t tell me that you just did this to him,” the woman says in the video. “You shot four bullets into him, sir. He was just getting his license and registration, sir.”

The video continues as Reynolds and her daughter are detained and transported in the back of a police car. “It’s OK,” the daughter tells her mother. “I’m right here with you.”

The shooting occurred around 9 p.m. in Falcon Heights, a St. Paul suburb, and Castile was declared dead at a nearby hospital less than an hour later, according to the Star Tribune.

The video—now viewed more than 2 million times on Facebook—gained immediate traction online over night. Protesters gathered in front of the governor’s residence in Madison shouting “no justice, no peace.” An investigation into the shooting by the St. Anthony Police officer is being led by the Minnesota Bureau of Criminal Apprehension. The department’s interim chief said he few details about the incident, according to the Associated Press.

The incident occurred as outrage continues in Louisiana over a video of a black man being shot repeatedly by police. In that video, the man—identified as Alton Sterling—had already been apprehended and appeared to be lying prostrate on the ground when an officer opened fire at point blank range. The U.S. Department of Justice is leading the investigation in that case. More than 120 black men have been killed by police in the U.S. in 2016. 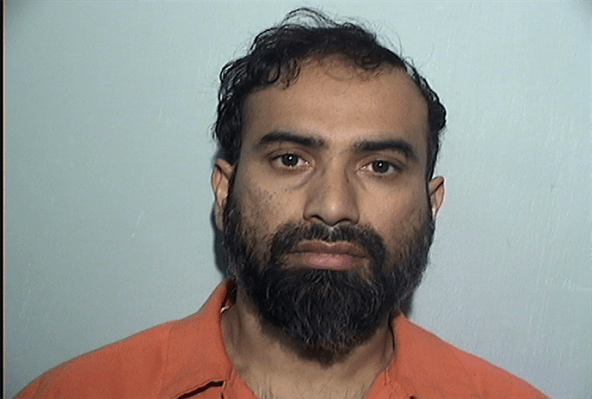 Man Facing Terrorism Charges Indicted for Plot to Murder Judge in His Case
Next Up: Editor's Pick