A Huge and Terrifying Typhoon Is Heading Straight for Taiwan

Taiwan is bracing itself for receiving the full impact of a monster category-5 cyclone expected to hit its eastern shores late Thursday night.

Supertyphoon Nepartak is expected to wreak chaos in the western Pacific basin, which has been eerily quiet with a record drought of no tropical cyclones in the last 200 days. The hiatus has allowed waters to conserve tremendous heat promoting ripe conditions for storm formation. Nepartak recorded maximum gusts of 175 m.p.h. as of Wednesday morning ET.

Taiwanese officials are preparing for the worst and mobilizing thousands of troops although the eastern coast, according to Taiwanese newspaper the China Post. Some flights to the island have already been canceled, the Taipei Times reports.

Anthony Sagliani, a tropical meteorologist at Earth Networks in Maryland, tells TIME that Nepartak was an almost textbook supertyphoon. “We as meteorologists have called Nepartak ‘perfect’ because, really, it is from a visual standpoint,” he said.

The typhoon is expected to lose some steam and become a category 4 by Friday before it sets it sights on eastern China, but it nonetheless expected to cause damage on the mainland, where its central and eastern provinces have already been hit by severe weather recently, with flooding exacting a heavy death toll. 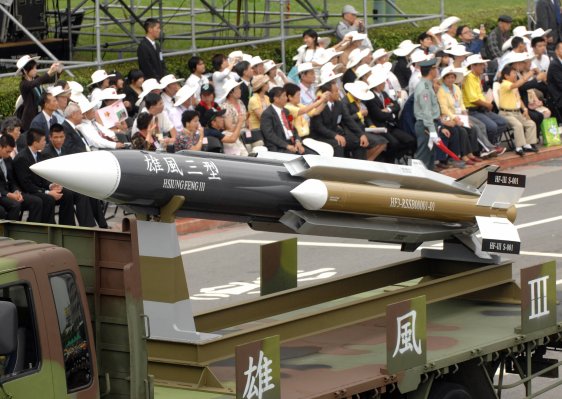 Taiwan Accidently Fires Missile Toward China
Next Up: Editor's Pick