I was about to have the most wonderful Fourth of July ever—folding all my vintage tank tops with the KonMari method while I watched season four of Orange is the New Black—when I got a text. It was Taylor Swift’s asswiftant: “How quickly can you get to Rhode Island?”

I went directly the 34th St. heliport and sidled up to the first exec I saw wearing an I LOVE RHODE ISLAND terrycloth headband. “Everything is booked,” I said. “Drop me off in Watch Hill, and I will get your daughters both autographed photographs of Taylor Swift.”

In just a few moments my feet were touching down in the white sand. Taylor Swift was running toward me, carrying a clipboard. She took a deep breath, smoothed her pageboy and got right down to business. “I know you’re an artist and totally respect that,” she said. “I want you to just take in all the love and friendship here at this event and sing your song with it.”

“Oh,” I said. “I thought we were in a giant, outdoor store that sold red, white and blue bathing suits, tops and sweaters.”

A guy wearing a tank top reading “I ♥ T.S.” appeared and wrapped his arms around her. Then he took three more pairs of fake arms out of a bag and wrapped them around her. “I think this should show the world how much I love you,” he crooned.

Several photographers jumped out from behind a lifeguard stand and snapped their picture.

“Oh my,” Taylor said. “Where in heaven’s name did they come from!”

Taylor’s ice-blue eyes glittered at me from underneath a curtain of platinum bangs. “Tom is a very important English actor. He’s in a super long movie about a super long book that just happens to be on television.”

Loki didn’t hear me because he was murmuring in Taylor’s ear. “You look so patriotic in your swimming costume,” he said. “I hope you won’t be declaring your independence from me today!”

I went to work. I was just raising my camera to get a photo of Ryan Reynolds sitting under the porch with a towel over his head texting Blake Lively what he wanted on his hot dog when Taylor reappeared. “Okay,” she said, “Just a macro-note—if these photos are going to do their job, the words ‘squad’ and ‘squad goals’ should be printed on the internet at least 400,000 times next week. In fact, I have a shot list. Why don’t we start with the first thing on it?”

“Don’t you want to enjoy yourself?” I said.

She gave me that eyes-through-bangs thing again. “This is me enjoying myself,” she said.

We sauntered over to the pool where Gigi Hadid was sitting in Cara Delevingne’s lap, getting her hair braided. “Ugh, I wish you’d stop talking about George Saunders,” Gigi said. “He’s, like, so old.”

“You guys are both red, white and blue!” Taylor shouted. “Photo time!”

They stood on the lawn, scowling at me. “I like your tank top,” Gigi muttered.

“My agent told me no flags this weekend,” Gigi said.

Taylor glared at her. “I know you’re making that up,” she said.

“Do I have to draw a map for you?” Taylor said. “Stick your butt out and wave the flag!”

Next we went over to the slide she’d rented. I took a few pictures. “Oh no,” Taylor said, “You can’t see the strip of blue in the background like I want.”

“I’m going to go get Tom and get him to move the slide,” she said.

But she came back without Tom. “Tom said he’s having too much fun swimming in the ocean wearing a tank top.”

My heart sank. “We have to get him out of the water immediately,” I said. “As a professional photographer I can’t allow anyone to swim in the ocean in a tank top.”

Blake Lively came over resting her hand on her bump. “Ryan will move the slide,” she said. “He’s totally looking for something to do.”

Ryan Reynolds was eating a hot dog, but first he tried to eat while moving the slide. When he realized he needed two hands he just stuffed the hot dog in his mouth and held it there while he went to work.

We retook the slide pictures. This time Taylor was satisfied. “That strip of blue really makes everyone’s eyes pop,” she said.

A few minutes later she reappeared wearing a red bikini with America emblazoned across her chest.

“Squad in the water!” she shouted.

The air was a blur of skin and lycra. “Ohhhhh,” Taylor said, “Gosh. I didn’t expect there to be so many of you. Okay, who was in a major publication this week?” A few people raised their hands and she motioned them to come into the water. “Who was in US Weekly?” A few more raised their hands and she motioned them in. “Who was on the podcast WhoWeekly?” A few hands went up, this time more reluctantly. She beckoned to a few of them. To the remaining ones she said, “Can you guys go make some potato salad?” she said. “Make sure it has a lot of mayonnaise! Mayonnaise goals!”

I took a bunch of photos.

She looked aghast. “No!” she said. “Other people have been assigned to take and post those. I can’t post my own Instagram photos of us together. It would look so calculated!”

That night when I got home I was sitting at the computer putting together the best pictures to send to Taylor. I was almost done when I got a text from the Asswiftant. “I know TS told you not to let anyone stick their tongues out because it’s like so Miley Cyrus? Well I feel like if a few girls don’t stick their tongues out it will look like it wasn’t fun and she will get mad so for me can you just like, photoshop in a few tongues?

I was just about to settle in with my tank tops and OITNB when I got a text from the helicopter guy asking about his photos.

“Dude,” I wrote back, “I totally forgot. But what about one of Ryan Reynolds holding a hot dog in his mouth while he moves a four-story water slide? Either like a big dog bone or a giant cigar! I LITERALLY have both!” 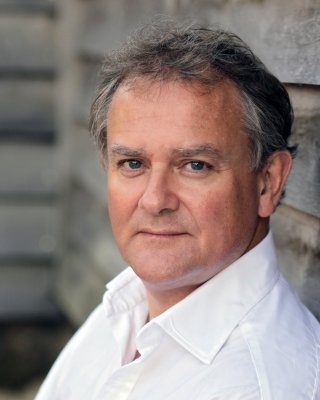 Lord Grantham Reacts to Brexit Decision
Next Up: Editor's Pick