Review: What Do They Do When We're Out? The Secret Life of Pets Tells Us

What do our pets do when we’re not around? Short of setting up one of those cameras that captures your pup nosing stacks of papers off your desk just for kicks, there’s no way to know for sure. If only The Secret Life of Pets—the latest frolic from members of the gang who gave us the Despicable Me movies—delivered on everything its title promises. The movie is beautifully animated, its characters are well designed and distinctive, and the voice actors—including Louis C.K., Albert Brooks, Kevin Hart and Jenny Slate—are across-the-board terrific.

But too much of The Secret Life of Pets, directed by Yarrow Cheney and Chris Renaud, is sacrificed to cheap, antic chases and allegedly suspense-laden gimmicks of the truck-hanging-off-a-bridge variety. It’s as if the filmmakers don’t trust kids—or their parents—to sit still long enough to simply enjoy the pleasure of seeing, and hearing, animals in action.

That’s disappointing, because The Secret Life of Pets is delightful in the rare moments it quiets down enough to eavesdrop on the world of our four-legged, two-legged, feathered or finned friends. Beagle-ish Max (Louis C.K.), the hero, has an owner, Katie (Ellie Kemper), whom he loves. Of course, when he talks, she hears only barking. But his soliloquies about how much he loves his life with her are thoughtful and funny, and we can see his devotion in action when Katie leaves for work in the mornings: He trots out every cute trick—rolling over, extending a paw—in an effort to get her to stay home.

One day, she shakes up the household with an unwelcome addition, a shaggy, ingratiating mutt named Duke (Eric Stonestreet). Max is miffed. Duke tries to make friends, but Max will have none of it. They declare dog war on one another and, after their hapless walker loses track of them, find themselves on an adventure that involves a surly activist bunny rabbit (Hart), an ancient, blind basset hound (Dana Carvey) and a puffy white Pomeranian who’s madly in love with Max (the wonderful Slate, whose voice is like merengue sprinkled with sugar).

The plot of The Secret Life of Pets is manic and messy, but its visual grace notes are sublime. What do our pets do when we leave them alone for the day? If you’re a dachshund, you turn on the electric mixer and scoot beneath the whirring paddle for a back massage. Aahh! If you’re a standard poodle whose owner listens only to classical music, you switch the playlist to heavy metal the minute you hear the door latch click. And if you’re a cat, like Lake Bell’s magnificently bored feline, Chloe, you strut around surveying the scene, allowing yourself the occasional distraction of this or that shiny, stupid thing. The realism of The Secret Life of Pets is questionable: Most people owned by cats can attest, with a fair amount of certainty, that the masters and mistresses of the realm really just sleep all day, thus proving that this is a work of fiction, not a documentary. Not if your dog is a dachshund, though. Hide that mixer before you leave tomorrow. 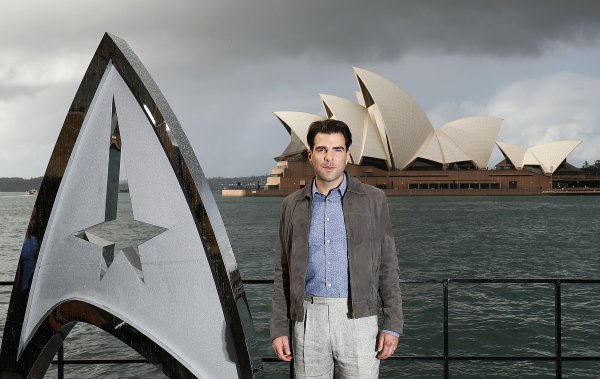