Donald Trump's Son-in-Law Says He Is Not Anti-Semitic

Republican presidential candidate Donald Trump (L) is joined on stage by his wife Melania Trump, daughter Ivanka Trump, and son-in-law Jared Kushner (L-R) at a campaign rally at the Ramada Waterloo Hotel and Convention Center on February 1, 2016 in Waterloo, Iowa.
Brendan Hoffman—Getty Images
By Will Drabold

Donald Trump’s son-in-law defended him Wednesday after one of his own employees called him anti-Semitic in a New York newspaper.

Jared Kushner, who is Jewish, wrote in the New York Observer that “accusations like ‘racist’ and ‘anti-Semite’ are being thrown around with a carelessness that risks rendering these words meaningless.”

The article, only the second under Kushner’s byline, came one day after an Observer staffer wrote an open letter to Kushner, the newspaper’s publisher, arguing that Trump and Kushner were giving “tacit approval” to anti-Semites. The post was prompted by a deleted Trump campaign tweet featuring a six-pointed star over a pile of money.

“My father-in-law is not an anti-Semite,” Kushner wrote in response. “It’s that simple, really.”

Kushner took pains to note that he respects the opinion of the staffer, Dana Schwartz.

“As always, there are thoughtful points but journalists, even those who work for me at the Observer, are not always right,” he wrote.

In the piece, Kushner said that Trump has always welcomed his religious beliefs when he began to date Ivanka Trump, who converted to Judaism before they married.

“The fact is that my father in law is an incredibly loving and tolerant person who has embraced my family and our Judaism since I began dating my wife,” he wrote. “His support has been unwavering and from the heart. I have personally seen him embrace people of all racial and religious backgrounds, at his companies and in his personal life.” 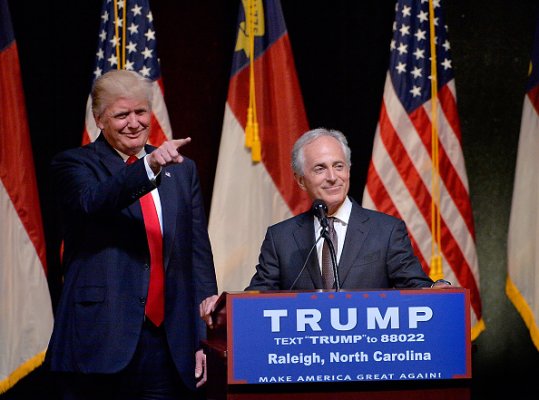