Former President George W. Bush says the world is a better place without Saddam Hussein in power following the release of a lengthy inquiry into the Iraq war.

A spokesperson for Bush released a statement Wednesday afternoon after the release of the Chilcot report on Britain’s role in the war, according to the Guardian.

“Despite the intelligence failures and other mistakes he has acknowledged previously, President Bush continues to believe the whole world is better off without Saddam Hussein in power,” the spokesperson said in a statement.

Bush is said not to have read the report in full as of yet, according to the statement. He went on to defend former British Prime Minister Tony Blair, who has been accused of overselling the war in Iraq to the public in the United Kingdom.

“[Bush] is deeply grateful for the service and sacrifice of American and coalition forces in the war on terror. And there was no stronger ally than the United Kingdom under the leadership of Prime Minister Tony Blair,” Bush’s spokesperson said.

The 2.6-million-word report, overseen by retired civil servant John Chilcot, is some seven years in the making and concluded that military action for the U.K. “at that time was not a last resort.” 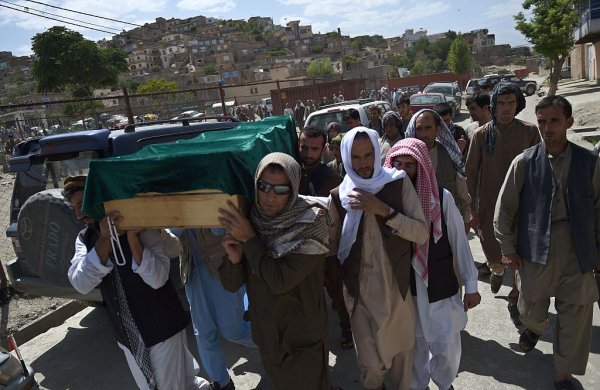 Taliban Forces Obama's Hand in Afghanistan
Next Up: Editor's Pick