The Chilcot Report Shows How the U.S.-U.K. 'Special Relationship' Went Sour in the Iraq War

A sprawling, seven-year long inquiry into Britain’s role in the invasion and occupation of Iraq has revealed that former British Prime Minister Tony Blair attempted to use the U.K.’s “special relationship” with the U.S. to restrain and advise President George W. Bush in the run-up to the conflict.

The long-awaited findings by a team of British investigators, led by retired civil servant Sir John Chilcot, provided a damning assessment of Blair’s leadership on Wednesday, citing “flawed” intelligence and “woefully inadequate” post-war planning. The Chilcot Report, which is far more detailed than any U.S. Congressional examination of the Iraq war, was given unprecedented access to previously classified documents and more than 150 witnesses, including dozens of confidential cables sent to the White House by then-Prime Minister Blair.

The majority of the 2.6-million word report—four times as long as War and Peace—focuses on failures by Britain’s intelligence services and post-war reconstruction, but British politicians have been quick to seize on claims that as early as July 2002, Blair promised the U.S. President that he had his backing for regime change “whatever” the circumstances. This was well before the British leader had informed his Cabinet of plans for invasion and nearly a year before British politicians were given a vote on the conflict.

The report, which was released on former President Bush’s 70th birthday, also exposed the extent to which Blair pressured the then-U.S. President to seek United Nations approval and a solution to the Israel-Palestine conflict prior to the 2003 invasion. Sir John’s report, which was published after repeated delays, finally lifts the veil on the extraordinary exchanges between the two leaders and concludes that the ongoing health and quality of the U.S.-U.K special relationship was a “determining factor” in Blair’s decision to support the U.S.-led invasion of Iraq.

The most telling of the memos—entitled “Note on Iraq”—was written by Blair on 28 July 2002. It opened with the line: “I will be with you, whatever.” The memo, which was not shared by Blair with his Cabinet ministers, went on to outline what the British leader saw as the main obstacles to building a coalition and securing United Nations approval of the invasion.

The British press has been quick to label the series of 31 memos between Number 10 and the White House as “love letters”, but Bush’s replies were not included in Sir John’s report, at the request of Washington officials. Sir John’s report also details Blair’s comments to the President six days after American and British tanks rolled into Iraq, when he hailed the invasion as a chance to establish “the true post-Cold War world order.”

Read More: Everything to Know About Britain’s Chilcot Inquiry into the Iraq War

According to the Chilcot report, the transatlantic memos showed Blair had followed an established British tradition and decided the best way to influence U.S. policy was to “commit full and unqualified support,” and seek to persuade from the inside. “The issue of influencing the US, both at the strategic and at the operational level, was a constant preoccupation at all levels of the U.K. Government,” said Chilcot.

The Chilcot report’s measured and delicate choice of words on Wednesday came in stark contrast to presumptive Republican presidential nominee Donald Trump’s comments the night before, when he praised Saddam Hussein’s efficient killing of “terrorists.” Trump, who supported the Iraq war, said the U.S. “shouldn’t have destabilized” Iraq before changing tack and praising Hussein’s regime.

However, in revelations that could embarrass U.S politicians who backed the war, Chilcot’s report makes clear that the British security services were warning that the invasion of Iraq would come as a boost to al Qaeda. In his statement to the British media on Wednesday, Chilcot said: “Mr Blair had been warned, however, that military action would increase the threat from al Qaeda… he had also been warned that an invasion might lead to Iraq’s weapons and capabilities being transferred to the hands of terrorists.”

For former President Bush, the British report’s conclusions could prove embarrassing ahead of the publication of a new biography from presidential writer Jean Edward Smith. It is expected to offer severe criticism of the 43rd president’s mistakes and missteps, including Iraq and the war on terror.

Wednesday’s report came as Bush’s spokesman said the former President planned to spend the day at his Texas ranch—where he hosted world leaders including Blair during his time in office—riding his mountain bike with veterans. He did give a statement in response: ““Despite the intelligence failures and other mistakes he has acknowledged previously, President Bush continues to believe the whole world is better off without Saddam Hussein in power.”

Meanwhile in London, his friend and onetime political ally Blair was forced to give an impassioned defense of his role in the conflict in an unprecedented two-hour press conference in central London. An emotional Blair said that he took “full responsibility” for the decisions that led to the U.K.’s involvement in the conflict, adding that he expressed “more sorrow, regret and apology” than people could ever know.

The current crop of British political leaders have been quick to seize on Chilcot’s conclusions, which blame the country’s political, military and intelligence leadership for a conflict that could have been avoided and that ended “a very long way from success.” Tim Farron, a member of Parliament and the leader of the Liberal Democrats, the only major opposition party to vote against the invasion of Iraq in 2003, told TIME: “Far from being Bush’s passenger, Blair was his co-pilot in taking this catastrophic decision which has destabilized Iraq, provided the hotbed for Daesh [Islamic State] and tarnished Britain’s reputation around the world.”

For all the evidence of close relations between Blair and the former U.S. President, the Chilcot inquiry actually found that London ultimately had very little to show for offering unwavering support to Washington. Blair was able to convince Bush to at least seek UN Security Council backing, but Chilcot concluded: “On other critical decisions… [Mr Blair] did not succeed in changing the approach determined by Washington.” Just because Blair was able to get inside didn’t mean he was able to persuade. 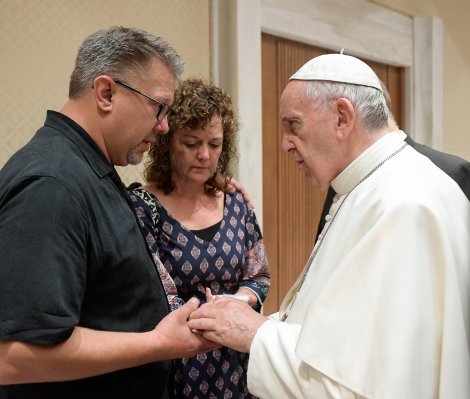