How a Resurgent Taliban Forced President Obama's Hand in Afghanistan

Relatives carry the coffin of Afghan police cadet Mohinddin ahead of his funeral prayers at The Qul Ab Chakan cemetery in Kabul, after his death in a Taliban attack in the Afghan capital, on July 1, 2016.
Wakil Kohsar—AFP/Getty Images
By Nikhil Kumar

Only a week before President Obama announced that he would keep a greater number of U.S. troops in Afghanistan through the end of his administration than previously planned, the strength of the Taliban insurgency in the country was underscored in the bloodiest of ways, when two suicide bombers attacked a convoy carrying Afghan police cadets on the outskirts of Kabul.

Close to 40 people died and at least as many were wounded in the bombings on June 30, the latest sign of the Taliban’s potency nearly a decade and half after the militant group was driven from the Afghan capital by the U.S.-led invasion of the country in 2001. “The security situation in Afghanistan remains precarious,” Obama said Wednesday, unveiling a shift in strategy that will leave 8,400 U.S. troops on the ground as he leaves office, instead of reducing the American deployment to 5,500 by the end of 2016. Currently, there are around 9,800 U.S. troops stationed in Afghanistan.“The Taliban,” he added, “remains a threat.”

In fact, the Taliban today controls a wider swathe of Afghan land than at any point since 2001. Last year, soon after it emerged that the group’s longtime leader Mullah Omar had died in 2013, the Taliban’s then-chief Mullah Akhtar Mansour oversaw the capture of the northern city of Kunduz, one of the last Taliban strongholds to fall during the U.S.-led invasion. Backed by U.S. forces, Afghan troops eventually retook the city, but only after the Taliban had telegraphed its resurgence around the world with the headline-grabbing raid.

The group’s territorial gains have been accompanied by a steady rise in violence, which helps explain why the White House revised its plans for scaling back the American deployment. The deteriorating situation was apparent in recent figures from the U.N. Assistance Mission in Afghanistan showing that Afghan civilian casualties rose to more than 11,000 in 2015, the highest since the U.N. group began keeping records in 2009. More than 3,500 people died and nearly 7,500 were injured as Afghan forces fought the insurgency in the country with reduced international support following the end of the NATO combat mission in Afghanistan in 2014. Both Taliban fighters and Afghan forces were responsible for the heavier toll.

The rising violence is reflected in local perceptions of the security situation, with 42% of Afghans saying that security is worse now than during the time of the Taliban, according to a June report from the Pentagon. Only 20% say that security in their community is good, down from nearly 40% last year.

Even with the shift in U.S. strategy, there is little to suggest that anything will change on the ground in the near future. Instead of expanding their role and assuming combat duties, the 8,400 troops who still be in the country when the next U.S. President takes office in January will maintain their narrow mission of supporting counter-terror operations and training local forces, whose performance, though improving, remains uneven, according to the Pentagon report. And although Obama stressed the need for a “lasting political settlement between the Afghan government and the Taliban,” saying it was the only way to end the war and withdraw all foreign forces, the militant group is showing little appetite for talking peace.

Hopes were briefly raised last year when Mansour took charge of the Taliban. The mullah was thought to be a pragmatist who might engage constructively with the Afghan government. But instead the militant group stepped up its attacks. Amid escalating violence, Mansour was killed by a U.S. drone in May, triggering the elevation of a hitherto little-known Taliban cleric called Mullah Haibatullah Akhundzada, who just days ago called for U.S. troops to leave the country.

“Admit the realities instead of useless use of force and muscle… and put an end to the occupation,” he said on July 2 in his first public message since taking over, according to the AFP news agency. “Our message to the American invaders and her allies is this: the Afghan Muslim people neither fear… your force nor your stratagem. They consider martyrdom in confrontation with you as a cherished goal of their life,” he added, giving little hope for peace in the war-ravaged nation. 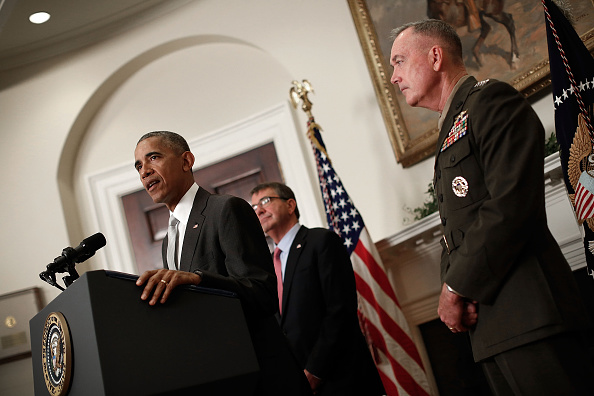