This Is Why People Are Starting to Believe in UFOs Again

Atmosphere shot of a crashed UFO at a premiere episode screening of FOX's "The X-Files" at The Grove in Los Angeles on January 22, 2016.
Michael Tullberg—Getty Images
Ideas

The 1990s were a high-water mark for public interest in UFOs and alien abduction. Shows like The X-Files and Fox’s “alien autopsy” hoax were prime-time events, while MIT even hosted an academic conference on the abduction phenomenon.

But in the first decade of the 21st century, interest in UFOs began to wane. Fewer sightings were reported, and established amateur research groups like the British Flying Saucer Bureau disbanded.

In 2006 historian Ben Macintyre suggested in the Times that the Internet had “chased off” the UFOs. The web’s free-flowing, easy exchange of ideas and information had allowed UFO skeptics to prevail, and, to Macintyre, people were no longer seeing UFOs because they no longer believed in them.

Data seemed to back up Macintyre’s argument that, when it came to belief in UFOs, reason was winning out. A 1990 Gallup poll found that 27 percent of Americans believed “extraterrestrial beings have visited Earth at some time in the past.” That number rose to 33 percent in 2001, before dropping back to 24 percent in 2005.

But now “The X-Files” is back, and Hillary Clinton has even pledged to disclose what the government knows about aliens if elected president. Meanwhile, a recent Boston Globe article by Linda Rodriguez McRobbie suggests that belief in UFOs may be growing.

She points to a 2015 Ipsos poll, which reported that 45% of Americans believe extraterrestrials have visited the Earth.

So much for reason.

Why does Western society continue to be fascinated with the paranormal? If science doesn’t automatically kill belief in UFOs, why do reports of UFOs and alien abductions go in and out of fashion?

To some extent, this is political. Even though government agents like “Men in Black” may be the stuff of folklore, powerful people and institutions can influence the level of stigma surrounding these topics.

Sociologists of religion have also suggested that skepticism is countered by a different societal trend, something they’ve dubbed “re-enchantment.” They argue that while science can temporarily suppress belief in mysterious forces, these beliefs will always return – that the need to believe is ingrained in the human psyche.

The narrative of triumphant reason dates back, at least, to German sociologist Max Weber’s 1918 speech “Science as a Vocation,” in which he argued that the modern world takes for granted that everything is reducible to scientific explanations.

“The world,” he declared, “is disenchanted.”

As with many inexplicable events, UFOs were initially treated as an important topic of scientific inquiry. The public wondered what was going on; scientists studied the issue and then “demystified” the topic.

Modern UFOlogy – the study of UFOs – is typically dated to a sighting made by a pilot named Kenneth Arnold. While flying over Mount Rainier on June 24, 1947, Arnold described nine disk-like objects that the media dubbed “flying saucers.”

A few weeks later the Roswell Daily Register reported that the military had recovered a crashed flying saucer. By the end of 1947, Americans had reported an additional 850 sightings.

For example, one of the first “abductees” was a mechanic from California named Truman Bethurum. Bethurum was taken aboard a spaceship from Planet Clarion, which he said was captained by a beautiful woman namedAura Rhanes. (Bethurum’s wife eventually divorced him, citing his obsession with Rhanes.) In 1957, Antonio Villas-Boas of Brazil reported a similar encounter in which he was taken aboard a ship and forced to breed with a female alien.

Psychologists and sociologists proposed a few theories about the phenomenon. In 1957, psychoanalyst Carl Jung theorized that UFOs served a mythological function that helped 20th-century people adapt to the stresses of the Cold War. (For Jung, this did not preclude the possibility that UFOs might be real.)

Furthermore, American social mores were rapidly changing in the mid-20th century, especially around issues of race, gender and sexuality. According to historian W. Scott Poole, stories of sex with aliens could have been a way of processing and talking about these changes. For example, when the Supreme Court finally declared laws banning interracial marriage unconstitutional in 1967, the country had already been talking for years about Betty and Barney Hill, an interracial couple who claimed to have been probed by aliens.

Contactee lore also started applying “scientific ideas” as a way to repackage some of the mysterious forces associated with traditional religions. Folklore expert Daniel Wojcik has termed belief in benevolent space aliens as “techno-millennarianism.” Instead of God, some UFO believers think forms of alien technology will be what redeems the world. Heaven’s Gate – whose members famously committed mass suicide in 1995 – was one of several religious groups awaiting the arrival of the aliens.

You’re not supposed to talk about it

Despite some dubious stories from contactees, the Air Force took UFO sightings seriously, organizing a series of studies, including Project Blue Book, which ran from 1952 to 1969.

In 1966, the Air Force tapped a team of University of Colorado scientists headed by physicist Edward Condon to investigate reports of UFOs. Even though the team failed to identify 30 percent of the 91 sightings it examined, its 1968 report concluded that it wouldn’t be useful to continue studying the phenomenon. Condon added that schoolteachers who allowed their students to read UFO-related books for classroom credit were doing a grave disservice to the students’ critical faculties and ability to think scientifically.

Basing its decision off the report, the Air Force terminated Project Blue Book, and Congress ended all funding for UFO research.

While people still believed in UFOs, expressing too much interest in the subject now came with a price. In 2010, sociologists Christopher D. Bader, F. Carson Mencken and Joseph O. Baker found that 69% of Americans reported belief in at least one paranormal subject (astrology, ghosts, UFOs, etc.).

In 1973, the American Institute of Aeronautics and Astronautics surveyed its membership about UFOs. Several scientists reported that they had seen unidentified objects and a few even answered that UFOs are extraterrestrial or at least “real.” However, physicist Peter A. Sturrock suggested that scientists felt comfortable answering these questions only because their anonymity was guaranteed.

Harvard psychiatrist John Mack came to symbolize the stigma of UFO research. Mack worked closely with abductees, whom he dubbed “experiencers.” While he remained cagey about whether aliens actually existed, he advocated for the experiencers and argued that their stories should be taken seriously.

His bosses weren’t happy. In 1994, Harvard Medical School opened an investigation into his research – an unprecedented action against a tenured professor. In the end, Harvard dropped the case and affirmed Mack’s academic freedom. But the message was clear: Being open-minded about aliens was bad for one’s career.

So if Hillary Clinton is running for president, why is she talking about UFOs?

Part of the answer may be that the Clintons have ties to a network of influential people who have lobbied the government to disclose the truth about UFOs. This includes the late millionaire Laurence Rockefeller (who funded John Mack’s research) and John Podesta, the chairman of Clinton’s campaign and a long-time disclosure advocate.

But there may also be a broader cultural cycle at work. Sociologists such as Christopher Partridge have suggested that disenchantment leads to re-enchantment. While secularization may have weakened the influence of traditional churches, this doesn’t mean that people have become disenchanted skeptics. Instead, many have explored alternate spiritualities that churches had previously stigmatized as “superstitions” (everything from holistic healing to Mayan prophecies). The rise of scientific authority may have paradoxically paved the way for UFO mythology.

A similar change may be happening in the political sphere where the language of critical thinking has been turned against the scientific establishment. In the 1960s, Congress deferred to the Condon Report. Today, conservative politicians regularly challenge ideas like climate change, evolution and the efficacy of vaccines. These dissenters never frame their claims as “anti-science” but rather as courageous examples of free inquiry.

Donald Trump may have been the first candidate to discover that weird ideas are now an asset instead of a liability. In a political climate where the language of reason is used to attack the authority of science, musing over the possibility of UFOs simply doesn’t carry the stigma that it used to. 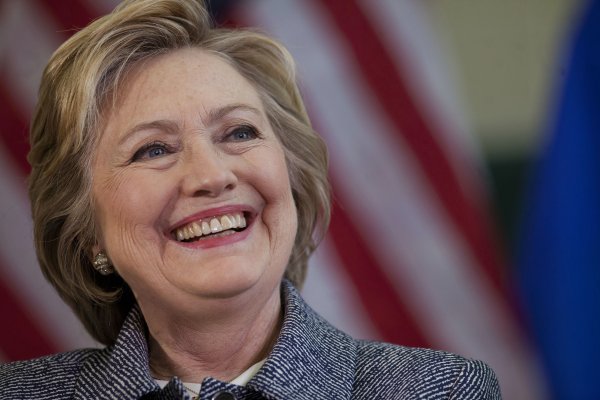 'Empowerment' Is Warping Women's View of Real Power
Next Up: Editor's Pick