A man has been charged with felony arson after authorities say he threw Molotov cocktails at a Google car parked outside a company building in Mountain View, Calif.

Raul Murillo Diaz, 30, threw several beer bottles turned into Molotov cocktails at a Google Street View car parked outside Google’s building, prosecutors said, according to NBC Bay Area. While one of the bottles caused a fire, the car did not explode.

Diaz told law enforcement he “felt Google was watching him and it made him upset,” according to an affidavit.

Diaz also told authorities he was involved in two other incidents related to Google, including burning one of Google’s self-driving cars, but he has only been charged with one count of arson so far. The charge comes with a maximum prison sentence of 20 years and a potential $250,000 fine.

His lawyer did not immediately respond to NBC’s request for comment. 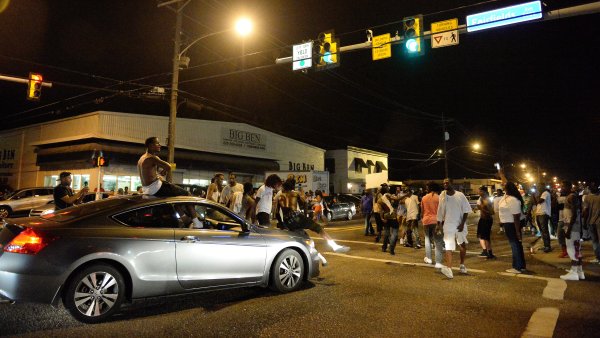 Family of Alton Sterling: He Was 'Killed Without Regard'
Next Up: Editor's Pick