A view of The Iraq Inquiry Report presented by Sir John Chilcot at the Queen Elizabeth II Centre in Westminster on July 6, 2016 in London, England.
Dan Kitwood—Getty Images
By Tara John

The long-awaited Iraq Inquiry has delivered a damning verdict on Britain’s role in the invasion of Iraq and its aftermath, stating that the country went to war alongside the U.S. on the back of unjustified intelligence and assessment, inadequate preparations and exaggerated statements.

The report makes ugly reading for former Prime Minister Tony Blair, who is charged with overselling the case for invasion to British lawmakers and the public. But the report stops short of saying Blair violated international law, as his critics have claimed.

Here are four of the biggest takeaways so far revealed in the 12-volume and 2.6-million word report, which is still being parsed by journalists and lawmakers:

1. Tony Blair agreed to go to war at least 8 months before the invasion
In one of several letters published alongside the report, then Prime Minister Tony Blair wrote to President George W. Bush on July 28, 2002— eight months before the invasion, and before getting the approval of the British parliament — that he would support military action in Iraq. “I will be with you whatever,” he wrote.

The letter contradicts Blair’s previous claims to the public that he never privately committed to join the U.S. military action in Iraq in the year before invasion. The letter also said that getting rid of Saddam Hussein was “the right thing to do. He is a potential threat. He could be contained. But containment … is always risky. His departure would free up the region.”

2. The invasion of Iraq was not a “last resort”
Chilcott said Wednesday that Blair took Britain to war “before the peaceful options for disarmament had been exhausted.” Although Hussein was a brutal dictator, he said, the case that removing him from power by military force was the only way to deal with him did not add up.

Blair famously told the Commons – based on a so-called “dodgy” intelligence dossier — that Saddam could deploy WMDs against the West within 45 minutes. But these claims were presented to lawmakers “with a certainty that was not justified” by the strength of the intelligence, Chilcott concluded — the final nail in the coffin for the idea that Saddam posed a serious, immediate threat to the West.

3. The U.K’s legal basis for military action was flawed
In March 2003, then Attorney-General Peter Goldsmith changed his legal advice and gave approval for war after being informed it was Blair’s “unequivocal view” that Iraq was in breach of a U.N. resolution to get rid of WMD. The report states that it is unclear how Blair came to that conclusion: “It is unclear what specific grounds Mr Blair relied upon in reaching his view.”

At Wednesday’s press conference, Chilcot said that Goldsmith should have been asked by the government for written advice “explaining how – in the absence of a majority in the U.N. Security Council – Mr Blair could take that decision…. this is one of a number of occasions when policy should have been considered by a cabinet committee and then discussed by cabinet itself.” He also added that final decision to invade Saddam Hussein’s Iraq was made with no “evidence of major new Iraqi violations.”

4. Preparations for Iraq post-invasion were “wholly inadequate”
The report states that there was equipment shortages for troops on the ground in southern Iraq due to there being “little time to prepare the three brigades” that were deployed there. Chilcot said that Blair was aware of the difficulties ahead but was “wholly inadequate” in his preparations. This stance is ruled in the report: “U.K. planning and preparation for the post‑conflict phase of operations, which rested on the assumption that the U.K. would be able quickly to reduce its military presence in Iraq and deploy only a minimal number of civilians, were wholly inadequate.” It also said that the U.K. “failed to plan or prepare” for the major reconstruction programme much needed in Iraq.

Correction: This article originally misstated who should have sought further legal advice in 2003 on the decision to go to war. It was the British government. 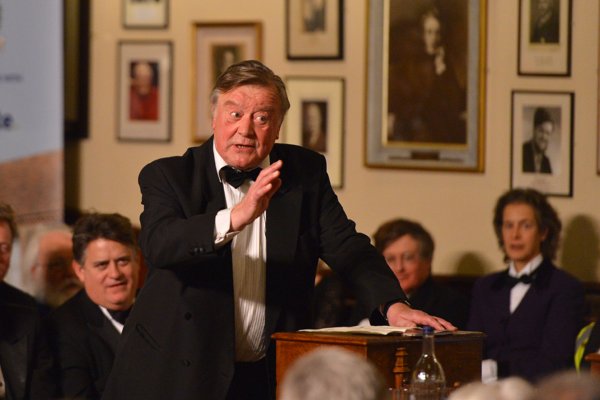