Daniel Radcliffe has never played it safe. Not when he was Harry Potter, the character who doggedly put himself in harm’s way. And not in his acting career, which kicked off with the bizarre and dark Equus stage play, and has since escalated to include a reanimated corpse in this summer’s super-quirky Swiss Army Man. But Radcliffe is always trying to top his own eccentricities, and his latest release will take him in a more serious direction as an undercover white supremacist.

The movie is called Imperium, and it’s based on a true story: an FBI agent, played by Radcliffe, infiltrates a neo-Nazi terror group. That means that Radcliffe tests out an American accent and a shaved head for the role, which we now have a first look at, thanks to the newly released trailer.

He spends the bulk of the intense trailer looking very pale and on-edge as he goes deeper into the workings of the supremacy group, with plenty of homemade explosives on display, too.

Imperium co-stars seasoned actress Toni Collette, and will hits theaters this August. Watch the trailer above. 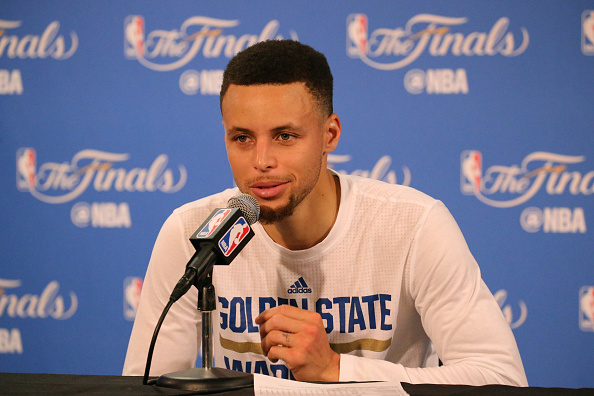 Steph Curry Showed Up to Surprise Some Basketball Campers and They Totally Lost It
Next Up: Editor's Pick