In the midst of the buzz over Kevin Durant’s announcement that he will sign with the Golden State Warriors, a video was released of Steph Curry causing some excitement of his own. The Warriors tweeted a clip Tuesday of their star point guard surprising some of the campers at the team’s weekend basketball camp.

Curry is seen knocking on the door of a room of unsuspecting campers, posing as someone selling Girl Scout cookies. When a young boy opens the door to find himself face to face with the two-time NBA MVP, he reacts by falling to the ground in shock. “Help him up, help him up! Team game!,” Curry says as he lifts the camper up.

He then goes on to visit another room and even joins in with the girls’ screams of glee when they recognize their guest.

“Some lucky basketball campers got the surprise of a lifetime,” the Warriors captioned the video. 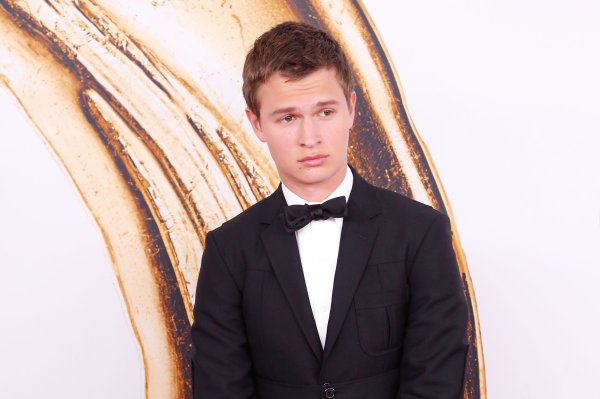 Ansel Elgort Is About to Become Famous for His Music Too
Next Up: Editor's Pick