A 13-Foot-Tall Captain America Statue Is Coming to Brooklyn

To celebrate the 75th anniversary of the creation of comic book superhero Captain America, Marvel has announced that a 13-foot-tall statue of the patriotic Avenger is coming Brooklyn.

The bronze sculpture will weigh 2000 pounds and will display Cap in a pose that showcases his infamous shield, according to USA Today. It will also feature the inscription, “I’m just a kid from Brooklyn,” a line said by Chris Evans’s Steve Rogers in Captain America: The First Avenger.

“For the past 75 years, Captain America has inspired generations of fans serving as the ultimate global icon for freedom, strength and doing the right thing,” Paul Gitter, Marvel’s senior vice president of licensing, told USA Today. “We hope that when fans see the statue, they will think back to a favorite comic book, treasured action figure or even be transported back to a special time and place in their lives where Captain America’s values played influence.”

The statue will be unveiled at San Diego Comic-Con before being shipped to Propsect Park for a dedication ceremony on Aug. 10. 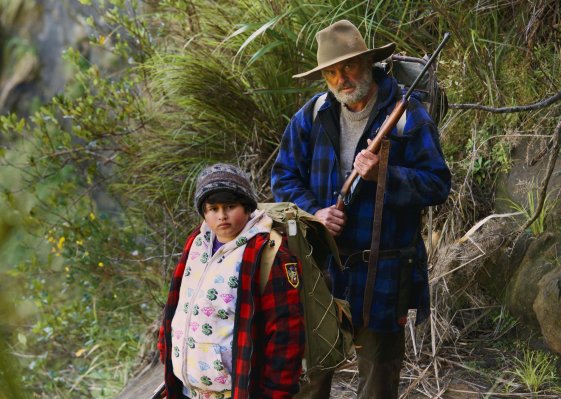 Review: New Zealand Comedy Hunt for the Wilderpeople Has Stealth Charm to Spare
Next Up: Editor's Pick