Dwayne ‘The Rock’ Johnson and Kevin Hart are having way too much fun on the press tour promoting their buddy comedy, Central Intelligence. Case in point: this role-reversal “interview” with The LAD Bible, where the two chummy co-stars impersonate each other — and then have to answer questions about each other.

Hart, a practiced comedian, kicks things off with a solid Rock swagger and some of the former wrestler’s signature vocal and physical tics. The Rock, meanwhile, comes in strong by imitating Hart’s fast-talking mannerisms.

“The beauty… the beauty of… there’s a thing. There’s a thing, and this thing, this thing… you can’t… it’s… when you get a… it’s like taking a… let’s say we got a weight, right? You gonna pick it up, nine times out of then, you can’t do a set with it. That’s… where we gel,” Hart riffs as The Rock, describing the working relationship of the two in a seriously elliptical ramble.

“He’s doing a lot of things, we just do big things around here, big things,” The Rock adds. But the two actors can barely get through the interview, as they just keep cracking each other up — finally ending in tears of laughter. The Rock gave the clip his stamp of approval, posting it on his Instagram and captioning it “GAME F’N OVER!!” 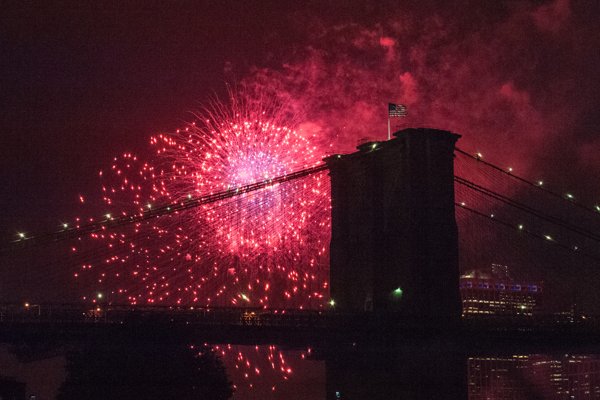 These Celebrities Had a Better Fourth of July Than You And These Instagrams Are Proof
Next Up: Editor's Pick