From shrinking airline seats to fluctuating gas prices, change is the only constant when it comes to travel. If you’re still hauling around 20-pound luggage from the 90s, it time to get with the times and update your gear.

From smart suitcases to clever ways to hold your devices, packing these six gadgets can give you a first-class upgrade every time you travel.

Comparable in size and weight to a regular, leather billfold, Nomad’s model also includes a tiny lithium-ion battery that packs enough charge to fill an iPhone 6s. A clever power solution for pretty much anyone, the accessory also comes with either integrated USB-C or Lighting cables, so you have everything you need to top up your device. And with gorgeous Horween leather, the $119 wallet, which comes in slim and bi-fold styles, isn’t just something for gadget guys.

Giving dual meaning to the term ‘smart luggage,’ this 28-inch suitcase isn’t just packed full of technology, it’s also sharp looking. The Raden A28 packs two USB ports for charging your devices with its 7,800mAh battery, Bluetooth proximity sensors so you can be alerted when it’s rolling off the carousel, and an integrated scale in its handle, letting travelers gage their load against airlines’ weight limits. All this, despite a manageable 13-pound weight of its own. Figure its $395 price in with the money you’ll save through overweight baggage fees, and it won’t be long until this bag pays for itself.

Airplanes have taken so much away from passengers through the years: meals, leg room, seat width, and dignity top the list. If they’d only give back a cup holder, at least some of that would be forgiven.

Airhook, an ingenious contraption for mounting handheld devices and cups (the two things you don’t want bouncing around your tray table during turbulence), is an inexpensive way ($22) to make air travel more civilized. Made of plastic, it will get through security without a hitch. It’s able to fold up small enough that it won’t get in the way of all your other gear—making it the perfect seat mate.

If you’re into streaming, good luck finding your favorite shows on a hotel television. Instead, insert an Amazon Fire TV Stick into one of the television’s HDMI ports, and you’re practically transported back to your living room where you typically watch Netflix, HBO Now, Hulu, and of course, Amazon Video.

The reason this works is because the Fire TV Stick has ‘captive portal’ technology that lets the device get around hotels’ typically frustrating network blocks. So now instead of suffering with ION TV reruns, you’re able to catch the latest and greatest by packing a television the size of a pack of gum in your carry-on.

Traveling in an unfamiliar place, driving strange roads, in a car that’s not your usual ride? Of course you are — you’re on vacation, after all! Add a smartphone to the mix, and this scenario is a recipe for an accident.

But pack the $59 Logitech ZeroTouch in your travel bag, and at least you’ll minimize the distractions. A connected air vent phone dock, the ZeroTouch can be activated simply by raising your hand to your Android handset’s screen, prompting a voice assistant to emerge and become your co-pilot, doing everything from putting on your favorite tunes to pulling up turn-by-turn directions. It uses magnets to connect the handset to the dock, and in testing proved to be very strong. So feel free to rent that convertible—your handset isn’t going anywhere.

In airports, hotel rooms, and everywhere else you tend to travel, electrical outlets can be hard to come by. Zolt, a re-imagination of the laptop charger, is a lipstick-sized plug with everything you need to juice up your various devices throughout your journey. Compatible with a wide range of laptops (even Apple MacBooks), the $99 power source can charge a laptop and 2 USB devices simultaneously, rotating 90 degrees to avoid blocking nearby outlets. After all, those things are hard to find. 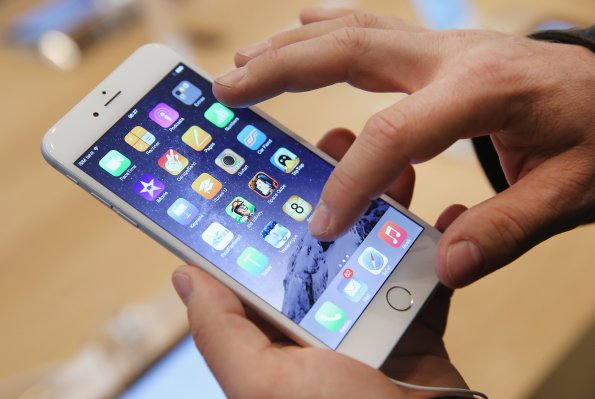 How Apple Is Making it Easier to Become An Organ Donor
Next Up: Editor's Pick