Smartphone makers have struggled to innovate in recent years, but a recent patent filing from Samsung shows one of the ways in which handsets, such as the Galaxy S8, could get a lot more interesting in the future.

The company has submitted designs for a new high-end smartphone which features two screens on either side of a ‘built-in cover’.

This latest submission seems to be a developed version of a previously submitted patent application for a smartphone with a very small seam between two screens.

It now seems Samsung has ditched the idea of having the dual screen setup make one larger display, in favour of this new design which, as Patently Mobile reports, looks like “a professional notebook aimed at executives, sales pros and students.”

The new design consists of a cover which folds open to reveal two screens – one of which will be a ‘functional unit’ containing input devices, sensors, antenna devices, and charging pads.

Also revealed in the patent filing are pen and ultrasonic input, a projector and biometric, grip, gesture, and UV sensors.

Patently Mobile notes the removal of a traditional hinge design, which has allowed Samsung to reduce the weight and thickness of the phone itself.

Also highlighted in the report is a passage from the patent submission itself which mentions a ‘processing device (e.g., a GPU) for supporting a mobile TV’.

Samsung submitted the patent application in November 2015 in the US, but it remains to be seen whether the design will actually be put into production.

Filing a patent is no guarantee that a design will make it to market, but it is an interesting development, and one which shows the Korean firm is still very much invested in the idea of a dual screen smartphone.

Whether the dual screen setup will make it onto the Galaxy S8 also remains uncertain, but we’re sure to learn more in the coming months.
This article originally appeared on TrustedReviews.com 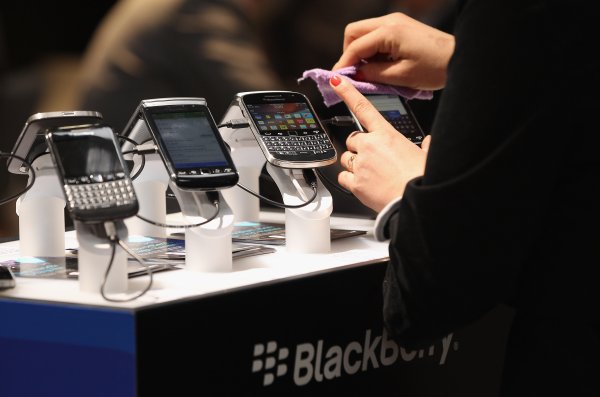 The Senate Is Ditching its BlackBerries for iPhones
Next Up: Editor's Pick