How Apple Is Making it Easier to Become An Organ Donor

A shopper tries out the new Apple iPhone 6 at the Apple Store on the first day of sales of the new phone in Germany on September 19, 2014 in Berlin, Germany.
Sean Gallup—Getty Images
By Emma Ockerman

Apple wants make it easier for iPhone users to register as organ donors. An upcoming software update will include a simple sign-up button via the smartphone’s pre-installed health information app.

The option, available with a software update this fall, will allow iPhone users to enroll in a national donor registry for organ, eye and tissue donation. Users who sign up as organ donors via their iPhone will be synced to the National Donate Life Registry.

Apple CEO Tim Cook told the Associated Press that Apple’s decision to make organ donation registration easier comes in part from Apple co-founder Steve Jobs’ “excruciating” wait for a liver transplant in 2009 prior to his 2011 death from pancreatic cancer. Cook had offered to donate part of his liver to Jobs, though Jobs refused.

In a statement issued by Apple, Donate Live America President and CEO David Fleming said the update would “ultimately help save lives.” More than 120,000 Americans are currently waiting for an organ transplant. 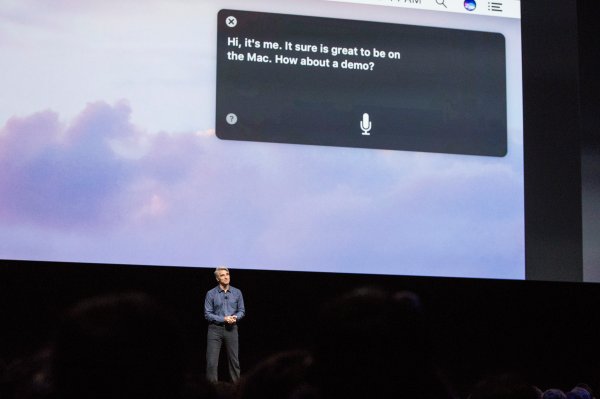 Siri is Finally Where She Belongs
Next Up: Editor's Pick