Latest in the Spate of Worldwide Ramadan Attacks: Thailand

Two police officers were wounded in Thailand on Tuesday, when a bomb believed to have been placed under their vehicle detonated in the southern border province of Pattani.

The explosion took place at a border checkpoint in the Nong Chik district at around 11 a.m. local time, the Bangkok Post reported. Both officers, members of the country’s border patrol, were taken to a local hospital.

The fractious, Islamist insurgency-ridden region, where Agence France-Presse reports more than 6,500 people have died in almost daily attacks since 2004, has seen a spate of violence in recent days during the Muslim fasting month of Ramadan. Another bombing in Pattani on Sunday killed a policeman and wounded three others, while at least three others were killed in two separate but near-simultaneous attacks in the neighboring province of Yala.

The bloodshed in Pattani comes amid a global surge in Islamist-inspired bombings over the Ramadan period.

On June 28, a grenade was lobbed into a crowded bar in the western Malaysian town of Puchong, where people and gathered to watch a Euro 2016 soccer match on television. Eight people were injured in the attack that police have blamed on terrorists operating under instructions from ISIS in Syria.

The same day, over 40 people died and more than 200 others were injured after at least three suicide bombers attacked Istanbul’s Ataturk airport in Turkey.

On July 2, gunmen stormed a restaurant favored by foreigners in the Bangladeshi capital Dhaka. The attack left 20 dead.

On July 3, a suicide bomber donated a truckload of explosives in a shopping district of Baghdad, causing appalling carnage. The death toll from that attack has now reached 175, the Associated Press reports.

On Tuesday, a suicide bomber attacked the largest police station in the Indonesian city of Solo, killing himself and injuring an officer. Police said the attacker had ISIS links. The attack came just four weeks after a number of suicide bombings were foiled in Indonesia’s second largest city Surabaya. 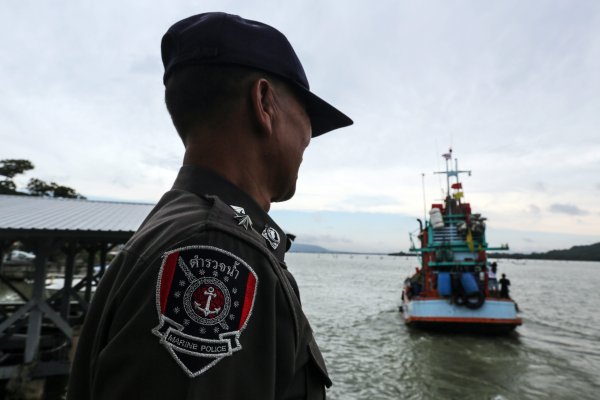