Chris Evans has announced he is leaving Top Gear after the series hit a ratings low on British television Sunday night.

The 50-year-old presenter tweeted the news of his departure Monday morning. “Stepping down from Top Gear,” he wrote. “Gave it my best shot but sometimes that’s not enough. The team are beyond brilliant, I wish them all the best.”

Evans and co-host Matt LeBlanc — who took over the BBC motoring show for its 23rd season — had replaced the show’s original presenters, Jeremy Clarkson, Richard Hammond and James May. It is still unclear if LeBlanc will return. Media reports had suggested the pair clashed onset, but the Friends star dismissed the claims as a “big load of bulls**t.”

“I have never worked with a more committed and driven team than the team I have worked with over the last 12 months. I feel like my standing aside is the single best thing I can now do to help the cause,” Evans said in a statement, according to The Guardian. “I remain a huge fan of the show, always have been, always will be. I will continue to focus on my radio show and the allied events that it encompasses.” 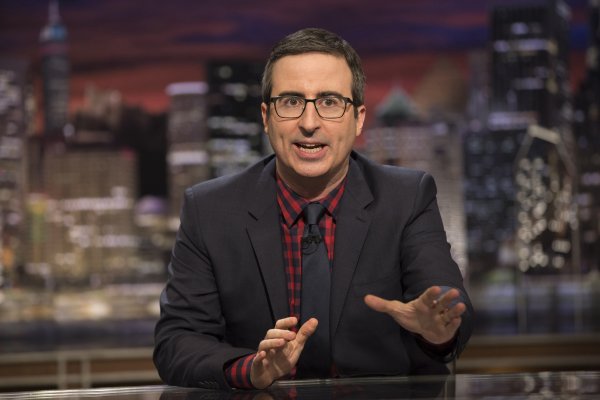 John Oliver Reminds Americans What They Lost on Independence Day
Next Up: Editor's Pick