The Grenade Attack on a Malaysian Nightclub 'Had ISIS Links'

A general view of the site of a grenade attack at a restaurant in Puchong district outside of Kuala Lumpur on June 28, 2016
Manan Vatsyayana—AFP/Getty Images
By Casey Quackenbush

Last week’s grenade attack at a nightclub in the western Malaysian town of Puchong was linked to ISIS, police confirmed on Monday.

“Our investigations have found that it is true — there was [ISIS] involvement in the incident that happened at Movida café that night,” Inspector-General Khalid Abu Bakar said at a media conference.

While initial reports attributed the motive to a business feud, a Facebook post from a man pledging allegiance to ISIS, and claiming responsibility for the attack as an act of revenge on people conducting social activities during Ramadan, changed the course of the investigation, Channel News Asia reports.

Football fans had congregated at Modiva Kitchen, Bar and Club Lounge on June 28 to watch a Euro 2016 match when a man threw a grenade at the crowd. It exploded and injured eight.

Since the investigation, 15 people, including two police officers, were arrested with suspected links to ISIS. Police say at least two suspects were involved with the attack and had communicated with ISIS in Syria.

“We found that the two received instructions from a Malaysian in Syria,” said Khalid. “He directed them to launch attacks in Malaysia.” 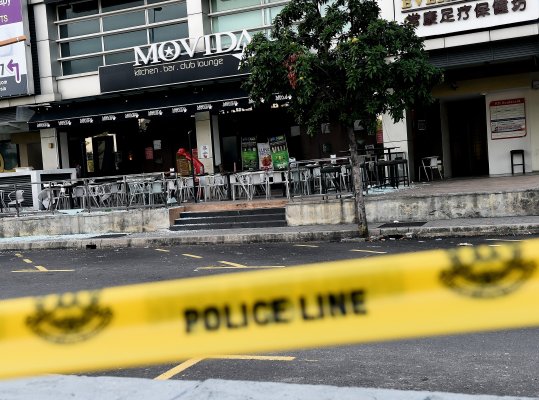 Malaysian Grenade Attack 'May Have Been Terrorism'
Next Up: Editor's Pick