A Legal Challenge Has Been Launched to Ensure the U.K. Legislature Debates Brexit

A legal challenge is being mounted to ensure that Brexit proceedings do not advance without approval from the British Parliament.

Law firm Mishcon de Reya, representing an unnamed group of “business people and academics,” is seeking assurances from government officials that Brexit will not go ahead without a fully parliamentary debate and a vote among lawmakers, the BBC reports.

Such legal action could gravely complicate Britain’s departure from the E.U., as an estimated three-quarters of parliamentarians voted to remain, in contrast to the 52% of voters who chose to leave in a referendum on June 24.

“We must ensure that the Government follows the correct process to have legal certainty and protect the U.K. constitution and the sovereignty of parliament in these unprecedented circumstances,” Kasra Nouroozi, a partner at Mishcon de Reya, said in a statement.

“The result of the referendum is not in doubt, but we need a process that follows U.K. law to enact it. The outcome of the referendum itself is not legally binding and for the current or future Prime Minister to invoke Article 50 without the approval of Parliament is unlawful.”

The case rests on the vague wording of the Treaty of Lisbon that states, “Any member state may decide to withdraw from the Union in accordance with its own constitutional requirements.” In Britain, this requires Parliament to formally repeal the European Communities Act of 1972 — the law that adopted European Union law into British law. 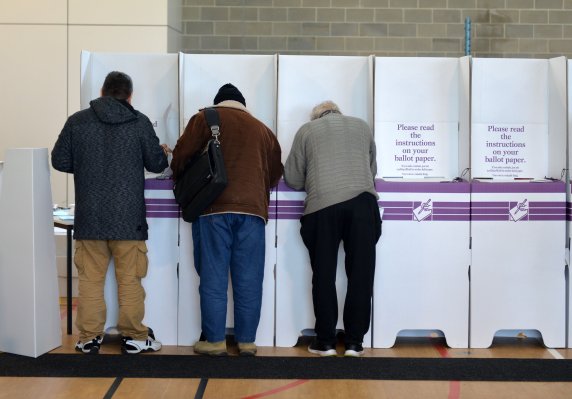 Australian Elections Too Close to Call
Next Up: Editor's Pick