Thirty years ago, I traveled to Auschwitz with Elie Wiesel. I had been to the camp before. I had seen the barbed wire, the barracks, the guard towers. I had stood in the gas chambers where a generation of Jewish children perished as the hands of evil. But to experience Auschwitz through Elie’s eyes, through the eyes of the man who taught the world about the horrors of the Holocaust, changed everything for me. It changed the way I think, and it lit a flame in me that burns to this day.

Elie once observed that the survivors of the Shoah “had the right to give up on humanity.” But Elie refused to give up. When I joined him at Auschwitz, I found a man not filled with hate, but with sadness and determination. Sadness over all those who were lost, and determination to honor their memory with action and impact.

We talked about the meaning of the Holocaust. And he said something that I will never forget. He told me, “The opposite of love isn’t hate. It’s indifference.” Indifference is what led the world to sit idly while anti-Semitism in Germany marched on. Indifference made the Holocaust possible.

And so Elie made a commitment: he would never be indifferent to suffering. Through his writing, his activism, and through the sheer force of his moral voice, he focused his considerable energies on fighting injustice and evil.

He helped bring the world’s attention to the plight of persecuted people in Rwanda and the former Yugoslavia. His book, The Jews of Silence, one of his more than sixty works of non-fiction and fiction, raised awareness about Soviet Jewry struggling under the shackles of political oppression. Along with his beloved wife, Marion, herself a Holocaust survivor, he founded the Elie Wiesel Foundation for Humanity. He helped lead the effort to create the U.S. Holocaust Memorial Museum in Washington, bringing the survivor community together to build that enduring institution.

He was a teacher. He not only taught us about the evils of Auschwitz, but about Judaism, about the cause of Zionism, and about the State of Israel, a land he revered and loved. And though he spent his adult life in America, Elie was at home everywhere—in the Old World and the New World, in Yiddish, Hungarian, French, English, and Hebrew. He was at ease with world leaders, and the many U.S. presidents and world statesmen who sought his counsel.

And he was a writer of uncommon talent. His prose—graceful yet haunting, simple yet forceful—awakened the world to the dangers of indifference. He used his mighty pen to inspire generations—to inspire Jews and non-Jews alike to fight hatred and bigotry wherever they fester.

I am one of those people he inspired. Because of Elie, because of what I learned that day with him in Auschwitz three decades ago, I resolved to speak out whenever I see injustice. It is Elie’s example that led me to become involved with the World Jewish Congress, the organization I now have the privilege of leading.

He gave me the courage to speak out on behalf of world Jewry. He inspired me to stand up for Israel, its people, its rights, its security. Everything I do today is because of the example Elie set for me, and for the world.

Elie may have left us, but his memory lives on. As his son Elisha eloquently put it at Elie’s funeral service, I still feel his presence inside my heart. We still hear his gentle voice, telling us what he would say to anyone who would listen: that people of good conscience have a moral obligation to speak out, be heard, and fight bigotry.

Elie Wiesel was a survivor, a teacher, a Nobel laureate, a scholar, and the world’s moral compass. But most of all, he was a mensch. May his legacy and wisdom endure as an eternal flame. 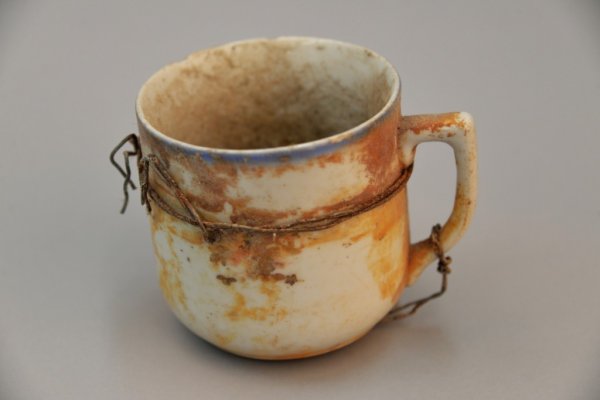