Sam Querrey, Novak Djokovic and the Year of the Underdogs

Sam Querrey of the United States celebrates victory during the Men's Singles third round match against Novak Djokovic of Serbia on day six of the Wimbledon Lawn Tennis Championships in London on July 2, 2016.
Adam Pretty—Getty Images
By Sean Gregory

Two days before July 4th, American Sam Querrey delivered a pretty nice birthday present for his country: the biggest win in U.S. men’s tennis in well over a decade.

Querrey shocked Novak Djokovic in the third round at Wimbledon, beating the reigning world No. 1, two-time defending Wimbledon champ and holder of the last four Grand Slam titles in four sets, 7-6, 6-1, 3-6, 7-6. Querrey, seeded 28th in the tournament and ranked 41st in the world, ended Djokovic’s run at the first calendar-year Grand Slam since 1969, when Rod Laver won all four majors. The match started on Friday, with Querrey jumping out to a two-set lead before rain suspended the proceedings until Saturday. Djokovic took the fourth set: forgive us for thinking that the comeback was on, that Querrey would fail to live up to the moment. That’s been the American way, on the men’s side, for most of the 21st century.

But Querrey continued to deploy a devastating serve: the Californian finished the match with 31 aces, to Djokovic’s seven. With Djokovic serving to stay in the match, rain caused another delay: an annoyance for the spectators, no doubt excruciating for the players. Djokovic held to force a tiebreaker, but still wasn’t sharp. An unforced error on Querrey’s second match point gave him the upset. It’s the first time Djokovic has exited a Grand Slam in the third round since 2009.

Novak Djokovic of Serbia walks off the court following defeat in the Men's Singles third round match against Sam Querrey of the United States on day six of the Wimbledon Lawn Tennis Championships in London on July 2, 2016.
Adam Pretty—Getty Images

Querrey, John Isner, Jack Sock, Mardy Fish — fine American players all, but for the past decade or so they’ve represented American mediocrity on the world tennis stage. They’ve never been serious threats at the majors, and languished at a level below Andy Roddick and to some extent James Blake, players who occupied a tier below Roger Federer and Rafael Nadal and Djokovic.

Querrey may bow out in the next round. That wouldn’t diminish the importance of this upset. Djokovic is playing some the best tennis anyone has ever seen. To beat of player of that caliber, at Wimbledon, is monumental. Sure, Andre Agassi had his fairly tale run to the finals of the 2005 U.S. Open. And Blake did some big things in Queens back in ’05 and ’06. But Querrey over Djokovic, for my money, is the most important moment for U.S. men’s tennis since Roddick won the U.S. Open back in 2003.

The upset also continues a 2016 trend: it’s the summer of shockers, the year of the underdogs. Wales is already a Euro 2016 semifinalist: Iceland, who plays home team France in a quarterfinal on Sunday, could be next. Leicester City beat ridiculous odds to win the Premier League. No. 772-ranked Marcus Willis, who lives with his parents and gives tennis lessons at a boat club, got to play on Centre Court against Roger Federer. Serena Williams has lost two straight Grand Slam finals, to Angelique Kerber of Germany in the Australian Open, and Gabriñe Muguruza of Spain at the French. Though it’s difficult to consider any team with LeBron James a serious underdog, the Cleveland Cavaliers did defeat the squad with the NBA’s best regular season record of all-time, and ended that city’s 52-year major pro sports championship drought. 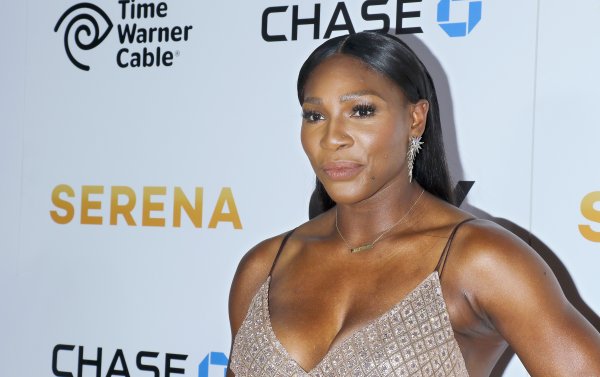