The North Carolina legislature approved minor revisions on Friday to the state’s controversial law limiting protections for lesbian, gay, bisexual and transgender people, but left unchanged several of the components that have drawn strong criticism.

The law, which passed the General Assembly and will now head to the desk of Governor Pat McCrory, restored workers’ right to sue over employment discrimination but did not add protections on the basis of sexual orientation or gender identity, the Associated Press reported.

“Governor McCrory is pleased the General Assembly has acted on his request and restored non-discrimination protections in state courts,” Josh Ellis, spokesman for the governor, said in an email.

Read more: Battle of the Bathroom

Many Democratic lawmakers and LGBT rights groups criticized the changes as insufficient. The General Assembly did not change a part of the law that requires transgender people to use restrooms in many public buildings corresponding to the sex they were assigned at birth, which quickly become one of the law’s most controversial components.

“This was the lowest of the low hanging fruit. It does nothing to fix the core discrimination in that law,” said Democratic Rep. Grier Martin, according to the AP.

Photo-illustration by Oliver Munday for TIME

The Human Rights Campaign released an open letter about the law on Friday, calling for it to be fully repealed and criticizing the changes, saying the new version “adds insult to injury.”

“At a time when lawmakers should be fighting for statewide protections that cover all people, they are instead doubling down on their discriminatory mistake,” the letter said. “No one who supports this sham is a true friend to our community.”

The state has received pressure to change the law from business leaders, celebrities and the NBA, which threatened to pull the 2017 NBA All-Star Game from Charlotte if changes to the law were not made. The NBA and the Charlotte Hornets criticized a draft of the bill in a statement released Thursday.

“We do not endorse the version of the bill that we understand is currently before the legislature,” the statement said. “We remain committed to our guiding principles of inclusion, mutual respect and equal protections for all. We continue to believe that constructive engagement with all sides is the right path forward. There has been no new decision made regarding the 2017 NBA All-Star Game.” 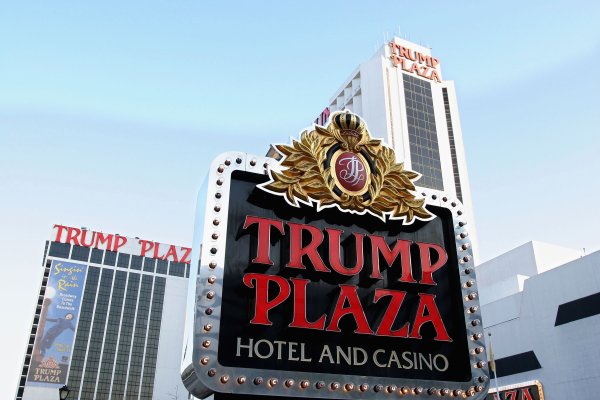 Clinton to Attack Trump's Business Record in Atlantic City
Next Up: Editor's Pick